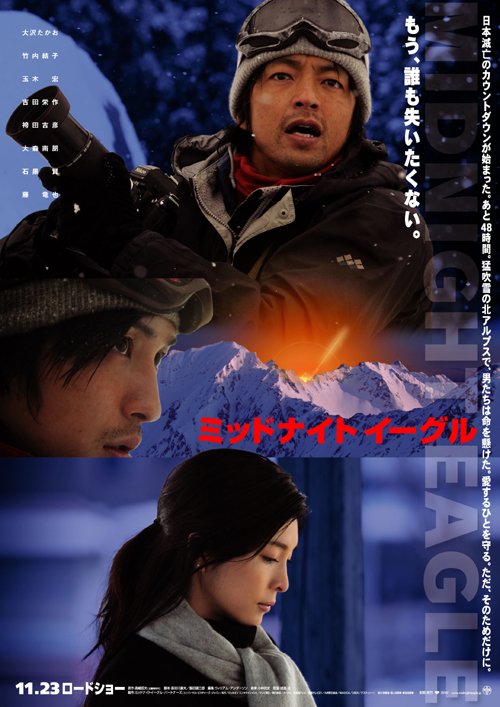 Amidst a blizzard in the Northern Alps of Japan, a battle begins that will decide the fate of 127 million people! In the skies above the severe winter conditions of the Northern Alps, a top secret American forces Estealth bomber known as the "Midnight Eagle" suddenly vanishes. Its payload is a "specialized warhead." If it were to explode, the entire nation of Japan would be hurled into an unprecedented calamity. An ex-war photographer who now only takes nature photos in the mountains accidentally encounters the incident, and gets behind the scene, preventing the weapon to fall into the wrong hands.