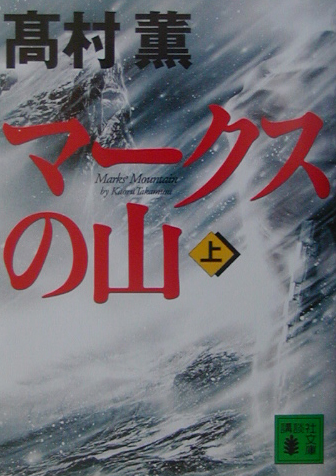 When the appearance of the corpse of a former mobster in a classy residential district in Tokyo is followed a few days later by the murder of a Ministry of Justice official, there's seemingly nothing to link the two victims apart from a similar modus operandi: a gory 7"-long wound penetrating through the victims' left eye and exiting through the top of their heads.

Put-upon detective Aida (Kiichi Nakai) is assigned to the first case, but his obstinate working methods are soon putting noses out of joint, especially when a rival homicide division is assigned to the case of the second murder. Meanwhile Hiroyuki (Masato Hagiwara), a disturbed young man tormented by long-suppressed memories of his parents' suicide beneath a windswept mountain is released from his mental asylum and shacks up with his former nurse. But what is the significance of the acronym MARKS scribbled into the private diary of the troubled 27 year-old, and what is his link with the members of a mountaineering club and a murder committed by a group of student radicals before he was even born? -- Midnight Eye