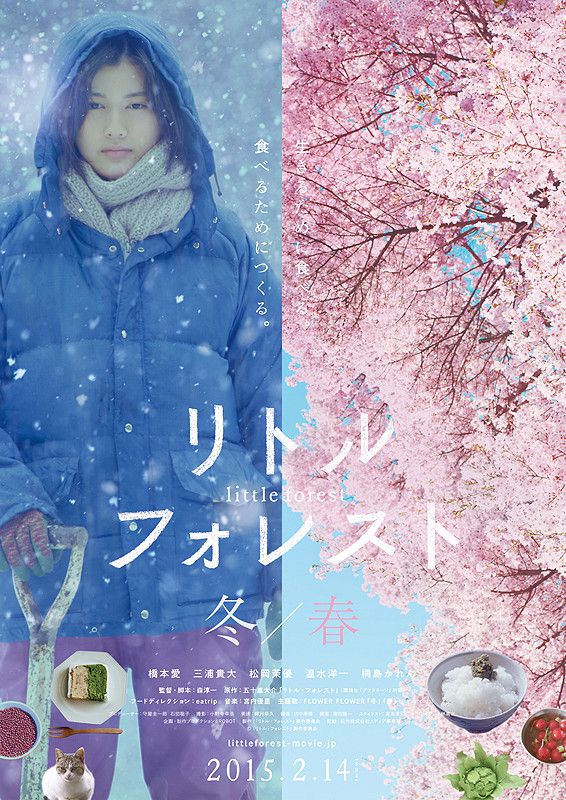 Ichiko (Ai Hashimoto) lived in a big city, but goes back to her small hometown Komori, located on a mountain in the Tohoku region. She is self-sufficient. Ichiko gains energy living among nature and eating foods she makes from seasonal ingredients.

waya Sep 08 2017 9:30 am ah, i shouldve watched the summer autumn first.. this movie is awesome. i dont know how to compare it with any other ones, at glance it might gives vibes like other food related movies like "chef of south polar" or "kamome diner", even "silver spoon" because of the farming life (somehow reminds me of harvest moon game), but i think theres no movie like this one yet, it offers story built from simplicity through the vibrant life of the 2 seasons and enough drama mostly narrated by ai herself. i just found the manga after watching this movie, i feel there are some unanswered parts though.. nonetheless this movie is really beautiful.