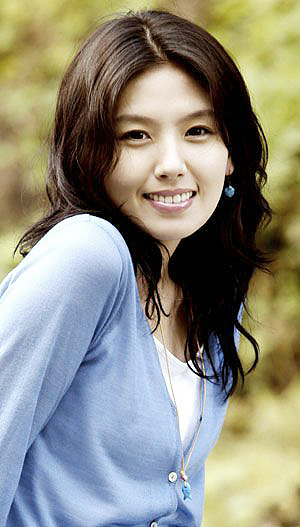 Born in the southwestern province of Jolla-do, Lee first came to public attention as a model for school uniforms. She then followed the usual trajectory for young stars in Korea by breaking into television dramas such as Start and KAIST, then having her film debut in the award-winning Rainbow Trout. Lee later starred in popular and well-received films like A Bungee Jumping of Their Own, A Virgin Stripped Bare by her Bachelors, Lover’s Concerto, and Taegukgi.

IU fan Feb 03 2019 11:29 am Tears are pouring out of my eyes as I write this. I just finished watching Taeguki and I was so moved by your acting so I searched up for your most recent work only to find out that we have lost your beautiful soul too soon. May you rest in peace.

Habibi Nov 27 2018 3:24 am You were born to be loved! if you're alive now, I think you're a successful actor! I feel so sad that you go too early! I'm sure you can read this message even if you can not reply! Goodbye forever! ?

gskmeva123 Nov 22 2018 1:43 am It's 2018 and I sometimes imagine an alternate universe where you're living a happy life with a successful career enchanting us with your beauty and grace on the big and small screen. Sadly, you left us too early and we miss you so dearly. Rest in peace! We will never forget you!

hongrui Nov 06 2016 11:35 am watched you on the Taeguki movie, you were a brilliant actress and i really am immersed in the movie partly because of it. Such beautiful person and nice personality, can't believe that you have commited suicide. Want to tell you that you are the best and remember to live happily on the next life. All the best, love you as always and dearly, remember you in my heart. - hongrui

hansika Jun 04 2016 7:50 am i am so sad lee eun ju. :( i heard that you commited sucide. i just watch your drama phoenix. after i went to asian wki i found out you passed away it made me cry and unconfortable. i cried cried and cried for you. :'(. i hope you have found finelly hapiness.

may your soul rest in peace.

Lolalove2016 Feb 04 2016 3:59 pm Somehow found one of the first k-dramas I saw years ago, Phoenix, and couldn't believe it when I read that the main actress committed suicide. I mean I remember her, in my mind I still see her portraying the bright actress so can't believe she would have been one with so much pain especially since she filmed Phoenix a year before committing suicide. Still it is so sad that even with that much fame and money she did not have people by her side to support her through the though times and chose to leave.

Ps: holding back the tears, seriously... wish she had a better life

momotalo24 Aug 02 2014 8:13 pm I saw her movie au revoir ufo, just like jetfire and immediately like her a lot, and then found out that she had gone. It's a pity but when I saw the trailers of her last movie the scarlet letter I think it's too much at her ages (24). May her rest in peace there.

Jetfire Mar 24 2013 12:07 pm Saw her on Au Revoir UFO and feel in love with her... The I googled her and found out that she committed suicide... No wonder she's remembered and loved by her peers..Rest in Peace and Go with GOD...

today is her death anniversary , i wish that you are in side of jesus :))

Jay Sep 01 2012 2:12 am I watched Lover's Concerto for the first time and I felt extremely sad after watching the movie it was so moving and romantic. After the movie I came onto AsianWiki to find out she passed away it made me cry and I found it hard to believe. She's an amazing actress and I wish I could see her in more films. R.I.P Lee Eun-Ju, I hope you've finally found happiness.

NewKDramaAddict Dec 26 2011 8:36 pm It saddened me that so many of these young actresses commit suicide. Watching Phoenix now, mainly because of Lee Seo Jin but so far I like it.

Chad May 07 2011 2:39 am Love you Eun-Ju, may your soul rest in love and peace. You're forever the best and most beautiful Korean actress in my heart.

chuck Feb 21 2011 4:42 am oww 1 days left now im checking this page because i thought someone miss her it looks like she is being forgotten :(

chuck Feb 18 2011 3:58 am yeah me too i watch lover concerto i almost cry her acting skill is so good but when i google it i found out that she committed suicide in 2005 and that make me more sad but she's always on our heart and may her soul be in peace and in side of jesus :) we love you lee eun joo

ohh and her death anniversary is just 4 days away can someone link me a forum where can i post comment about her with other people? tnx :)