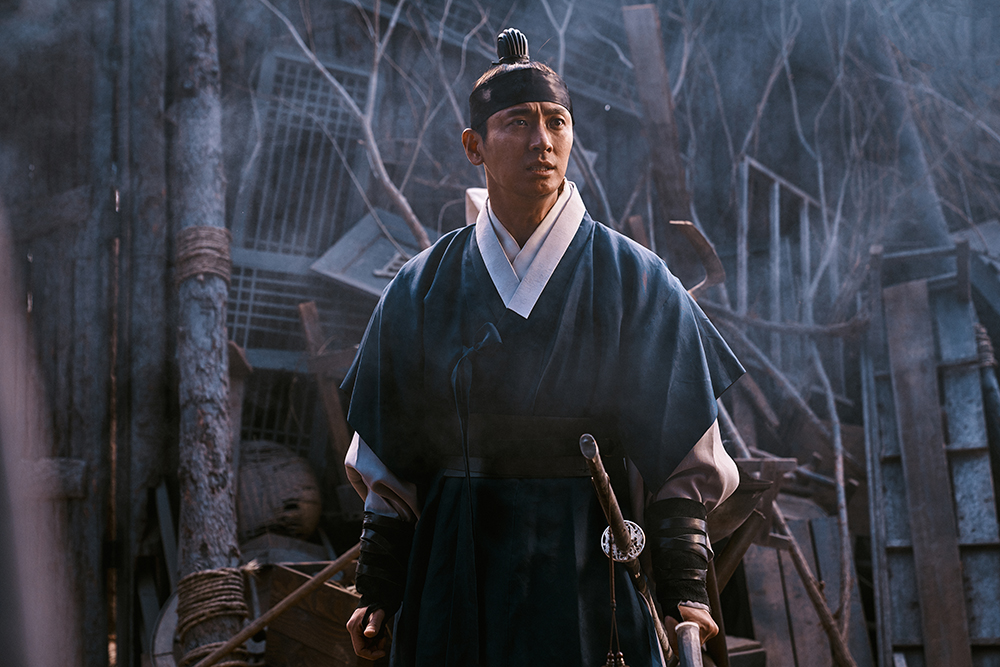 Story of Crown Prince Lee Chang’s (Ju Ji-Hoon) past and present days. He was born to the King and a royal concubine. Even though his mother wasn't the Queen, Lee Chang became the Crown Prince. Through the years, he grows as a person and the Crown Prince, but he also fights against zombies.

VICTOR SIM Jul 28 2021 12:02 am I am waiting desperately for the continuation series. I am saddened that it has taken very very long

Sponskar Vivi Jul 26 2021 10:41 pm Sorry @Bonz I could never agree with you don't you watch the end of Season 2 where someone said that Lee Chang must've been glad that he has the healer (Seobi / Bae Doona) with him so it could be means that they are together, whether it's romantic or not. My reason is same as @Cheimari. If there's gonna be romance, with Seobi it is or maybe some new role / character.

Cheimari I Arcilla Jul 24 2021 5:00 pm No romance please. The person saying there should be a romance between ashin and the crown prince is crazy. She started it all and even if it's for revenge, there were innocent people who died coz of her fucking revenge. The crown prince been trying to fix everything up and the last thing he needed is a crazy woman who only needs revenge. She could have just killed everyone that are involved why ruin the whole fucking world. Just saying. This is my opinion not yours.

Bonz Jul 24 2021 9:13 am It would be great to see if Crown Prince meet Ashin and develop a romance between them, they are good pair and see will fight against the beast.

Kiya Jul 24 2021 7:53 am I hope this movie also portrays the 7 years gap between the 2nd season until they met Ashin. Would love to see what the trio do in the meantime.

Ayra Jul 23 2021 11:07 am I have to say it was a great special episode. I was so eagerly waiting for it to get released and it lived up to my expectations but it was shorter than what I expected, I wanted more story reveal but now we have no choice but just to wait for the 3rd season of Kingdom. Hope we get the news soon. PS- These series are highly recommended. If you are into zombie and horror genre you are gonna love it.

Marie Jul 23 2021 9:24 am So what i've read was true, there will be another special episode about the Crown Prince this time