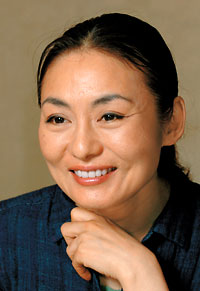 Fukaura was born in Tokyo in 1960. While studying theater at Meiji University in 1980, she helped found the acting troupe Gekidan Daisan Erotica and became one of their leading actresses. She left the troupe in 1989 and appeared in many stage plays, television dramas, and films.

On August 25, 2008 Kanako Fukaura passed away from colon cancer.