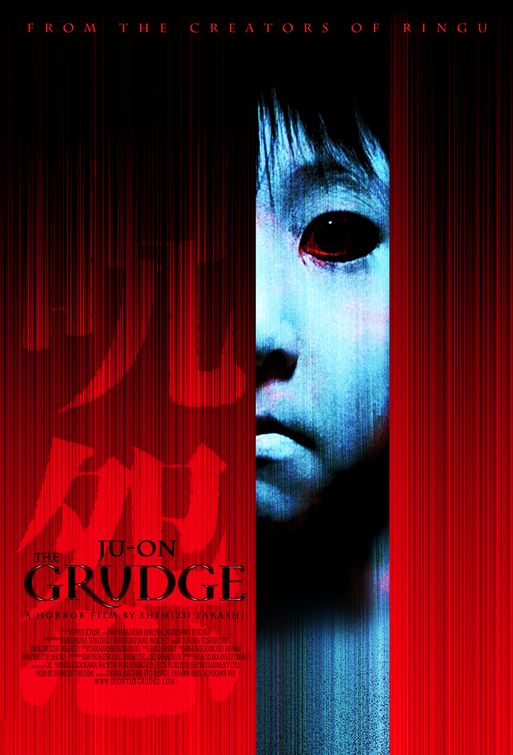 According to the introductory note, "Ju-On" is a curse left behind by someone who dies in a powerful rage -- a part haunting, part supernatural virus that infects anyone who comes into contact with it. More than just the premise, that's the plot in a nutshell.

Volunteer social worker Rika (Megumi Okina) stumbles across the curse when she finds an almost catatonic old woman in a shambles of a home, a spooky little boy with a froggy voice and a veritable black hole of a phantom that seems to be sucking the life from the old lady. The story then jumps back and forth along the timeline in a series of chapters named for the characters haunted and hunted by the unsettled souls.