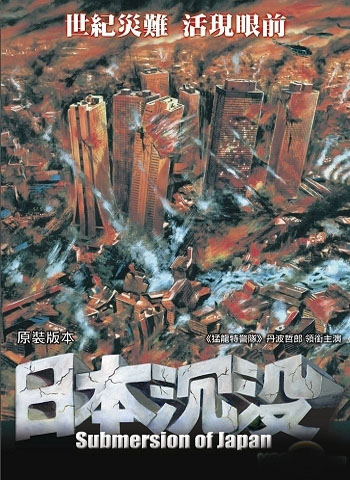 Geophysicists Dr. Tadokoro and his assistants have discovered abnormal fragmentations under the open sea of Izu. Enough data to believe that a big disaster, namely, the Islands of Japan, will submerge into the sea within 2 years. The Japanese Government was skeptical about this at first, but then decided an evacuation, i.e. 'Plan D'. However, the destruction is beyond Dr. Tadokoro's estimation! Now, tremendous earthquakes everywhere in Japan, extinct volcanoes are becoming active again. "Plan D" is now enforced. Will the entire Japan submerge as divination?

Katherine Jun 29 2011 11:02 am I happened to see this movie when I first returned to my homeland (Greece) and have NEVER forgotten the impact it made on me. I would like to know if I can see it again (on YouTube perhaps, in segments ?).... Can someone tellme please? I have searched the Internet, but have only found references to the 1973 movie, no links.