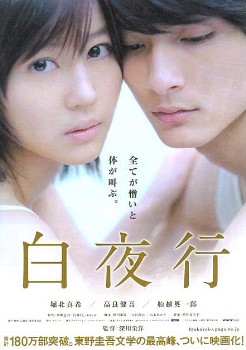 A pawn shop owner in Osaka is murdered, but due to a lack of conclusive evidence the police lists the man's death as a suicide. Detective Sasagaki, who investigated the case, can't forget the dark eyes of the main suspect's daughter Yukiho (Maki Horikita) and the pawn shop owner's son Ryouji. 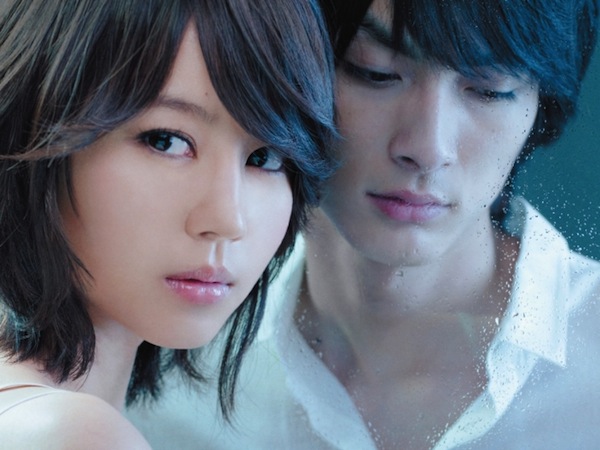 Tamago-chan Sep 12 2016 3:56 pm The drama version with Takayuki Yamada and Haruka Ayase is better. The story is more developed with 11 episodes.

The detective is also quite well played.

I know this is over a year later, but I couldn't agree with you more. The first 2 hours or so dragged, but the last thirty minutes? Wow.

Should mention the subject matter is very disturbing.

tropka May 25 2015 11:10 am It was a decent version; I liked it better than the Korean ( I didn't watch the drama). Some commenter said that the director is trying to make us feel sorry for the main characters but I didn't see it that way. I thought they were portrayed with antipathy. Instead of focusing on some story about a ill-fated romance, they writers gave us a drama about two apathetic youngsters who grew up in a very pathological environment. Their moral compass was completely skewed. The only time I felt sorry (as we all should) for Yukiho was for what happened to her as a child. No child deserves to go through that no matter what.

Zay Jan 29 2015 7:48 pm Does anyone know where or how I can watch this versions (the Japanese one)? I can't find it anywhere to rent or watch online, all I was able to find the the first half of the movie or the Korean one. I just really want to watch it.

Salem Oct 28 2014 10:34 am just finished watching this movie...I've been meaning to watch it a few years back but just didn't have the time. It really is quite slow, but the last 30 mins or so made me cry when i realized what really happened.

Made me hate Yukiho in the end though, to think she didn't even seem to care.

The scene where Ryouji was looking at the glass shop window and started to cry when Yukiho was trying on her wedding gown broke my heart.

lurazop May 18 2014 1:46 pm so korean version is better or what? I hate to watch remake because we know every single thing.

Excalibunny Apr 20 2014 8:23 pm The Korean version of White Night was truly terrific. Anyone knows if this is any good?

Clarkdale44 Apr 03 2014 1:02 pm Decent movie nice casting but story seemed a little too much. The director is forcing us to feel sorry for them. To be honest i hate these types of movies, i only watched it because of the main female lead. I thought it will be like some forbidden romance, but its a whole different thing. Watch it at your own risk...

Don't read further if you have yet to watch this movie:- The ending is worst, and making me smash my head on the wall. There was a huge error in my judgement when i decided to watch this movie. It was a complete waste of my 2 and a half hours. I wish i could go back in time, i regret this movie so much. It all turned out to be the sacrifice of the main guy. He did all that for Yukiho. Her character was like a ruthless bitch. It was very cruel that she didn't even shed a single tear when Junjo asked 'Does anyone know this person?'. I doubt that she even loved him. It seems to me that she took advantage of him, or he was crazy in her love that he did all for her without her asking for it. Maybe the cruelty of society made her that ruthless.

I will give it 3/10(Waste of time by all means, decent casting, trash storyline)

Gerry Feb 06 2014 8:24 pm the title of song in trailer is Yasoukyoku by Tamaki. but it's a bit difficult to find mp3 file with good quality..