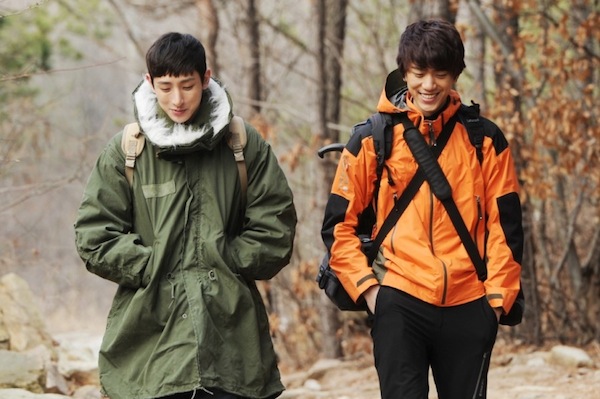 AhGaOncElfZen Sep 12 2021 4:29 am Horror Stories 1 was much more fun. Horror Stories 2 The first and second episodes are ok. But in the third episode, the story is all mixed up and messed up. It's bad not funny.

reez Jun 18 2016 1:21 am anybody know who is the girl in escape segment that become a sister of kim ji won or sa tanhee?

Kitty Mar 03 2014 5:24 pm No, it's not as good as the original but in Escape, if you don't get why he is named 'fool' or why he is whiney and annoying, the sounds effects etc you do not get Korean comedy at all lol You see this kinda stuff in Korean comedy all the time. It was meant to be blackly comic, geeze where do you get your ideas from?... makes you sound like you've hardly watched anything Korean. It wasn't a great story, it wasn't meant to be scary, but darkly comic as I said, something Korea is known for. Also just to clear this up as you seem to have issues understanding the story, it was HIS apartment block, so he LIVED somewhere creepy to start with, Tan Hee did not suggest he go there, he went there cause he lived there. He only did her spell which was to go to different floors, because he wanted a new start. did you miss the whole beginning? The ending is not hard to get, he died, the spell didn't work. Geeze it really wasn't that hard to understand O.o not a great movie but still... not hard that hard to grasp. Mind boogles!

phantomofthekpop Dec 10 2013 1:31 am I personally found the original much much better than this.

"Cliff" was pretty good, "Accident" was pretty intense, but I can't help but think that "Escape" ruined it -.- Firstly, what kind of parent names their child a name that is a homophone for "retard"? Secondly, although I don't know much about the actor Ko Kyungpyo and I am not sure if that was intended to be Byungshin's character, but I was like "OMG, really?" the whole time. I was laughing at how whiny and wimpy the character was. If you're gonna be a teacher you might as well just suck it up and report what happened in the classroom to the authority, oh please....speaking of which, I could help but cringe at the use of comedic effects, e.g. a smiley face and excessive sound effects in this one -.- Thirdly, why would he accept Tanhee's offer to go to the creepy apt in the first place? Lastly, the ending was so weird. I don't know what to say.

Kish May 01 2013 8:33 am TBH, I only intersted for the Cliff segment only. It's not only because there were Sung Joon on it (MY OPPARR!!) but from all the four stories, this one is the most promising.

Bro Apr 29 2013 7:59 pm So this is gonna be in a format sorta like the movie V.H.S? Where's it's different horror stories in one movie? If so then that's cool. I actually like horror movies like that. Sung Joon!