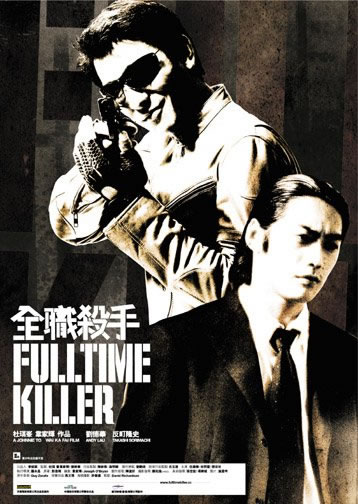 O (Takashi Sorimachi) is the number 1 assassin in all of Asia. Tok (Andy Lau) wants to dethrone him and become the premier hitman in the world. What these two have in common is that they are in love with the same woman, Chin (Kelly Lin). And Chief Inspector Lee (Simon Yam) wants to catch them both. Thrown into a gauntlet of razor blade shoot-outs and a feeding frenzy of warfare, this film is a story about two men of the most excessive lifestyles competing in a world where men die young and the victor not only walks away with the most money, but with the most valuable reputation. Bursting of style and pimp slapped with full on octane entrenched cinema, Johnny To presents his action masterpiece, "Fulltime Killer." -- KFC Cinema