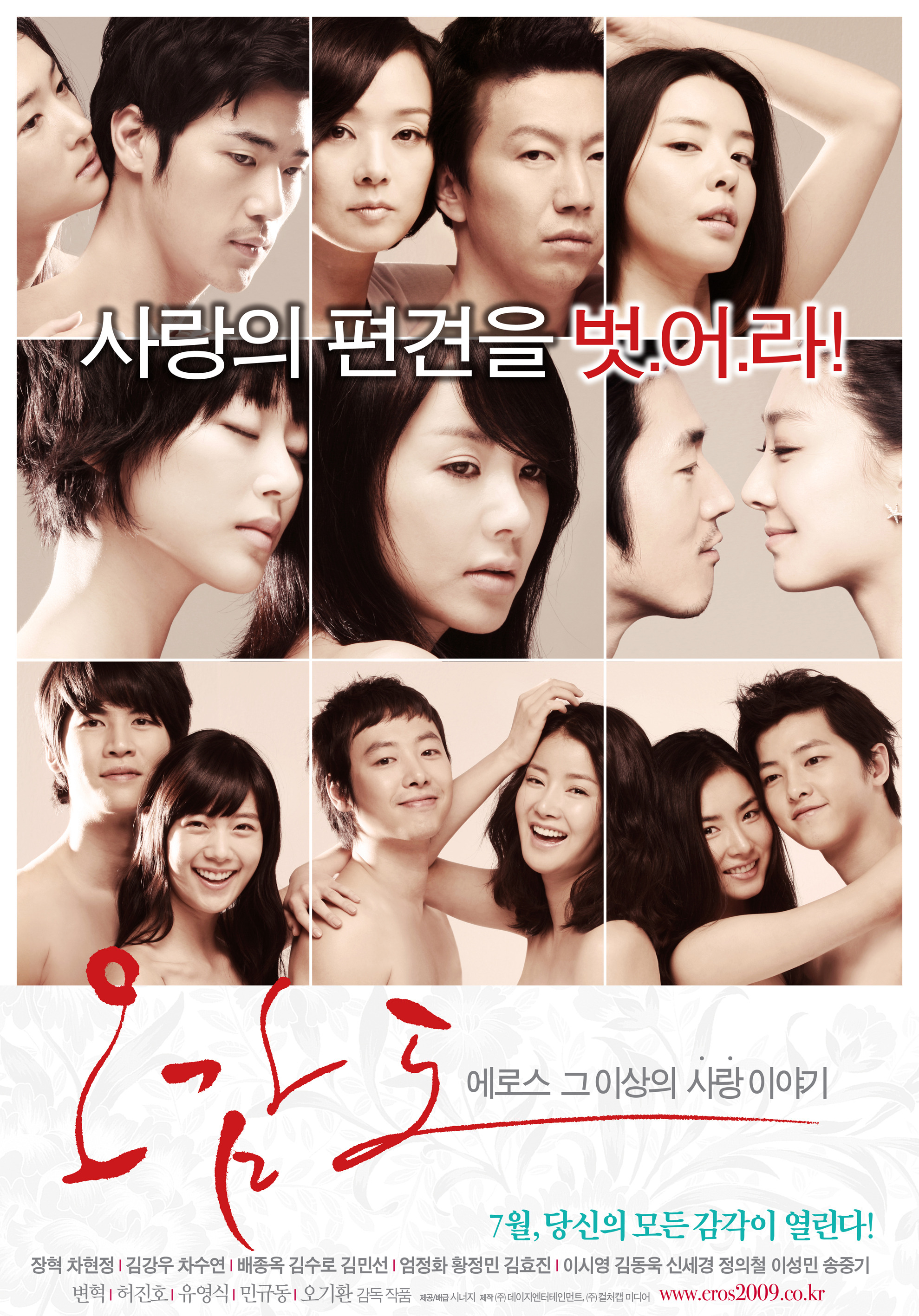 In this anthology film centered around the theme of "Eros," five seperate stories are presented by five top Korean directors. The main characters from each segment are connected with each other in one way or another.

In My End is My Beginning (literal title of "Kkotgwa Sijak") 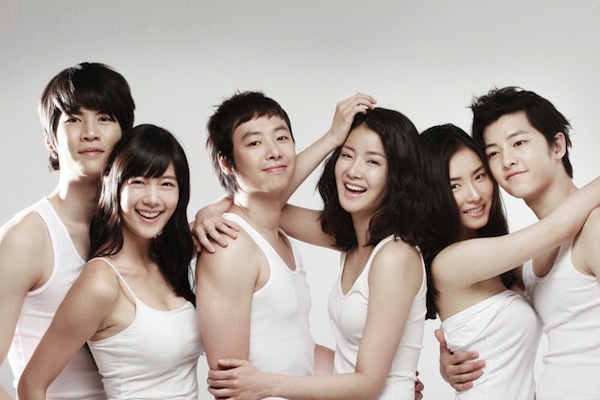 lrt Nov 10 2019 6:41 pm ....waste of my time I'll never get back...for me the beginning story was great and went down hill fast from there. Nothing matched in theme and it became gaunt, cheap and tasteless.

Coco Sep 05 2017 11:26 am The comments made me think Joongki did those scenes but he did not! It's only a deep kiss for only 30seconds. Other than that he just stare with puppy eyes and speak calmly. (The guy doing that in the trailer is not him!) He's very cute when he play crossword board game and look at the girl with puppy warm eyes. He looks innocent like a little boy though -w- but I'm not fond of this kind of movie and I'm not fond of sex scenes, so if you're like me, I don't recommend. If you come to find Joongki like me, just skip to watch only his scenes.

ParkChohwa Jan 10 2015 5:09 pm I'm not going to touch on the synopsis because each story has its own and they're published on every website. I added it to my watching list long ago because of the gorgeous cast. When I read many hateful comments I hesitated a bit. Honestly I don't like such works that have different stories but I decided to watch it and I'm glad I did. There's a depth to each story; at least four of the five. The fact that the very general concept in love can be interpreted in so many way and is as personal as height and weight is amazingly depicted. It's all called love; your version, their version and my version. There's no one definition and there's no wrong or right. And as Jang Hyuk says in the first story: '' I'm loving sex not because it's sex but because it's her I'm having sex with.'' I loved the film in every way. There's nothing complicated about it. It touches the inner and shows us what we say is not the definite true but it's what we opt to see.

Twinten Nov 25 2014 5:11 pm Yes, how dares Joon Ki take a role playing scrabble?! NO MORE SCRABBLE for Joon Ki! It costs you fans man! [/end sarcasm] We really don't understand many of the comments below?! But we fully agree with Tee! Strong movies which tell a lot with little dialogue, and offering interesting perspectives! We really liked it!

foxpiggy Sep 04 2011 11:29 am WOW! i am impressed these actors and actresses take on such roles! its very refreshing as compared to the same old scripted dramatic movies that are predictable. I am quite impressed with Bae Chong-Ok who plays Hwa-ran Park. I am looking forward to rest that shows Jang Hyuk, Uhm Jung Hwa and Song Joon-ki. I am watching it now on OCN, in Seoul, S.korea... :P

i've been your fans since "Thank you - drama"

shikika_13 Jan 01 2011 6:38 am to all, jung ki only acted what the director/s said and what is written in the scripts, so it is not his fault if others hate him because of his role

RamenLover Dec 21 2009 12:20 pm Hey Suzumiya, Kim Min-seon changed her name to Gyu-ri Kim this past year. If you click the link to her page under the notes section you can read why. There are now two contemporary Korean actresses with the name of Gyu-ri Kim - on AsianMediaWiki they are differentiated by their birth dates. Hope that clears it up. Cheers ...