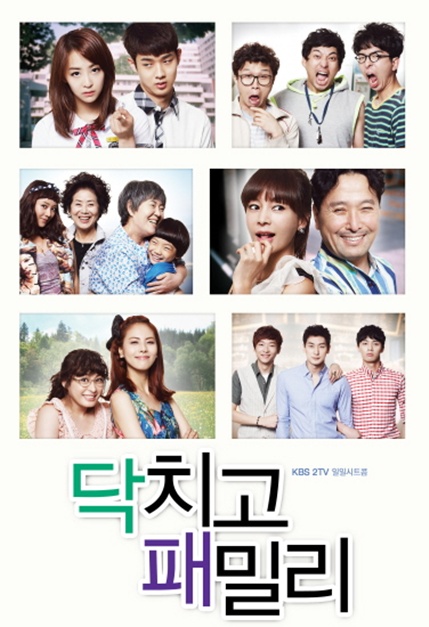 Since their marriage, the two families live under the same roof. Even though they have conflicts due to their differences, they become a real family. 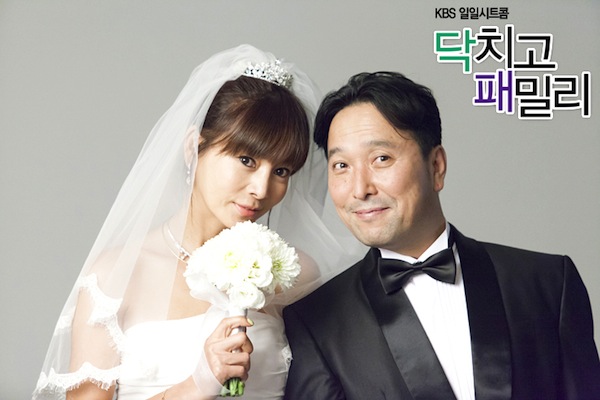 Fenturini Feb 25 2021 8:45 am This is very good drama, i already watched it many times. Still waiting for season 2 hahaha... its funny, heartwarming, and so relatable.

The love hate relationship of hui-bong and ji-ho

Also, the friendship of choi wooshik and park seojoon ?? Hope they will re unite in this drama again... season 2 plssss

Angela Apr 06 2019 11:15 am Somebody suggest another show as fun and heartwarming as this one!! I'm currently on the last episode???I'm also done with my father is strange. Please suggest a good family show that is not dragging like this one and My Father is Strange. ????

KTN May 19 2014 7:16 am I was solved on this after watching episode 1. This slice of life family comedy tackles issues attached to re-marriage in a light-hearted way, at the same time teaches you a lesson.

The love story between Hui Bong and Cha Ji Ho was built up slowly, it was saccharine sweet. You can't help but re-watch their scenes again and again.

One of the best dramas ever watched. It's laugh-out-loud funny, ludicrous, ridiculous, at the same time, grounded. Watch it!! You won't regret it.

TK Sep 23 2013 5:41 pm Does anyone know if they have released/ or planning to release this an official complete box set? I can't find any information on it anywhere.

Sceanaira Aug 25 2013 5:59 pm The SITCOM is very nice indeed. :) I have a CD of this and i've watched it for almost 3times already. The actions of the characters seem to be natural. They were really like a family. How i wish there is a part 2 of it hahaha. The best korean drama i've ever watched.

ha-na Aug 17 2013 6:15 pm the best drama i'ver ever seen along side with reply 1997 it's funny, sad, embarrassing and romantic. A drama that isn't only about love but also about school and live at work. Every character was awesome and everything fit perfectly ... It was sooo worth spending these 60 hours on it. So sad it ended already :'((. Think i'm gonna miss it a lot :(

hela Jun 04 2013 5:35 pm I've been into K-drama since 2 or 3 years , seriously this was the BEST drama i've got to watch .. The chemestry between all the actor is awesome , the plot is just LIFE .. this was a piece of life with it's happy/sad/annoying reality adorable person we meet , rude person we learn to love , unexpected friendship we make , mistake we make.. This was awesome ..i didn't get even a little bored in all the 120 episode and it was my first time not wanting to watch the last episode !! I want more really .... ehh

Sandra Dec 27 2012 10:01 pm I love this sitcom. Out of all the sitcoms I've ever seen (not just Korean, all) this is the best I've ever seen. It doesn't try so hard to be so funny but instead it's all something natural and something I can relate to. I also love all the characters and the story going on so far. My favorite characters are going to have to be Ji-ho and Hee-bong. They're such a cute couple. (For those of you who use cable, I don't have cable so I use this program so I can watch ahead.) If the people with cable didn't see it yet, Hee-bong and Ji-ho get together. Ji-ho is the best in this sitcom than in any other drama or movie he's been in. I love the stiff, gentleman, adorable and lovable Ji-ho is in this sitcom. I hated the other Ji-ho characters and the other dramas he's been in (no offense). Also, Hee-bong is such a funny person! And I can relate with the dirty, ugly, old woman style Hee-bong she is ^^ I love this sitcom and I really don't want it to end! I swear I'm going to cry all day in my room when this ends :c I want Hee-bong and Ji-ho to be together forever <3