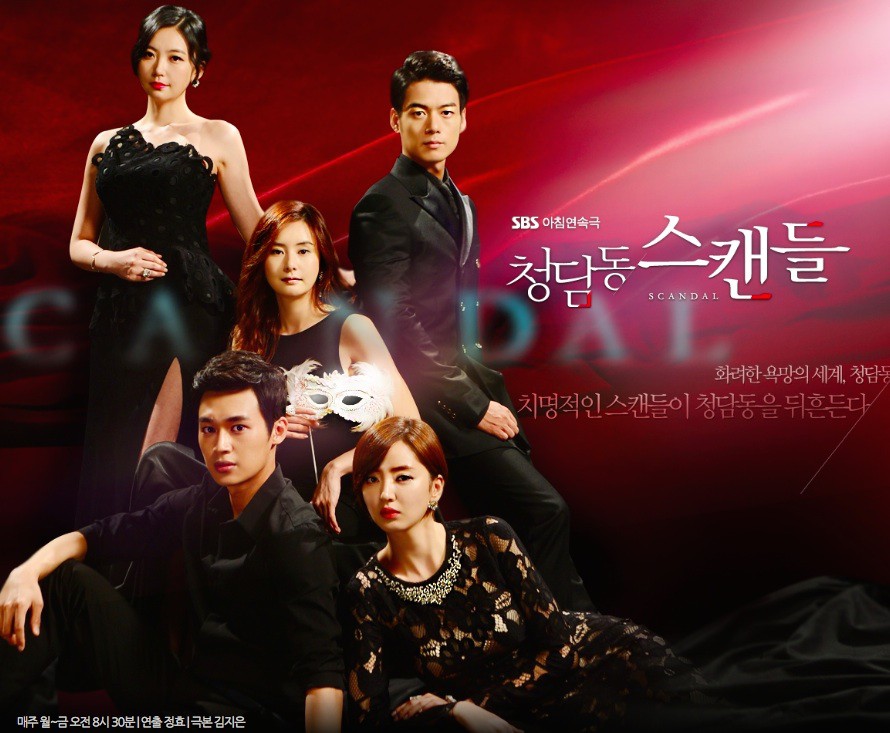 Drama series depicts an epic scandal of the upper class that place in Cheongdam District, Seoul. An area which epitomizes the wealthy lifestyle.

Paul Bryan Dec 26 2019 10:24 pm Very boring and Long DRAMA. IT'S SUCH A WASTE OF TIME. THE FEMALE LEAD IS ALSO BORING. IF SHE ONLY ENDS WITH HER HUSBAND. I THINK THAT WOULD BE BETTER. I HATE WATCHING IT BUT I WAS STILL WATCH IT BECAUSE MOM WATCHED IT ALWAYS. BUT, HOW CAN SHE ACT SO INNOCENT WITH THE BACHELOR MAN. SHE KNOWS THAT SHE IS ALREADY MARRIED. I DONT LIKE ALSO THE ROLE OF SEO EUN CHAE BECAUSE SHE KEPT CHASING THE MAN WHO JUST TREATED HER LIKE A SISTER. BUT, i dont like everything especially the female lead and the story itself. Very boring.

benny Aug 06 2016 6:37 pm Saw this drama Kim hey sun love her acting in dong yi I also love her role in this drama her faceshall expressions

Nora Jul 28 2015 12:23 pm Love Lee Joong Moon's character and looks of course! Nevertheless he is way too young to pair with Choi Jung Yoon. She looks more suitable to be his aunt. Having an old actress to be the female lead can be quite a turn off for viewers especially when she's paired up with someone so young like Lee Joong Moon. I think it is very important that the female and male lead to look ideal other than their acting skills. Choi Jung Yoon's acting wasn't good either.. Such a waste of choice to be the female lead.

goldenboy Jul 20 2015 4:55 pm So at the end of he episode it shows that Kang Bok Hee will be back. Not sure if they are making spin off/sequel for the series.

Jesicca Jun 18 2015 7:04 pm Long drama and make me boring in the beginning episod to episod its same story

Robert May 15 2015 11:10 am How is Hyun soo a bimbo? Her character and background attracted Seo Joon's curiosity and it was him who made advances on her. She is really pretty too! The other girl Joo na is such a pain to see, chasing after the man who doesn't like her.

LOL May 11 2015 8:36 pm Slow and boring drama, with little development in each episode. Why does Choi Jung-Yoon looks so much like Choi Ji-Woo, even in her expressions? No uniqueness of her own if she wants to be like someone else in terms of looks and acting. Why does the script writer makes its female lead character out to be such a bimbo? Doesn't she know that once she stops taking the birth control pill, she has chances of getting pregnant? She can still do so quietly without letting her mother-in-law know til she is passed the stage for miscarriage or abortion. She can still take the supplements minus the birth control pill. She can always read up or ask her doctor for advice. So stupid in this time and age! Also why must the script writer always makes its male lead lusts after another man's wife? This taints the protagonist's character and imparts the wrong values. One can still get a good story going without resorting to such stupid ideas!