A Reason To Live 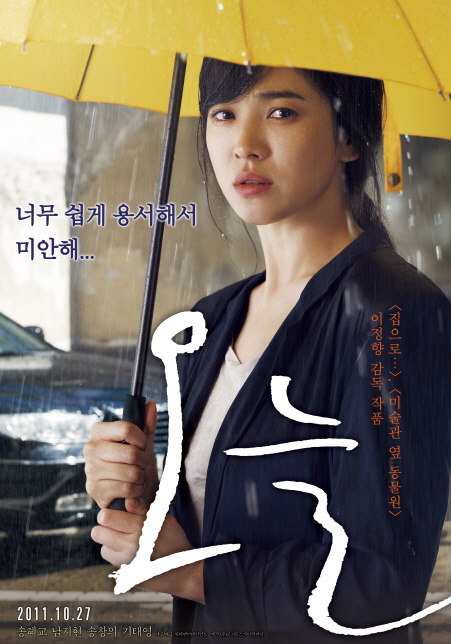 TV producer Da-Hye (Song Hye-Kyo) lived through a miserable childhood. Her parents fought all the time and finally divorced. Da-Hye then found her prince charming and was engaged to marry him. Then on a rainy night, the day before her birthday, Da-Hye's friend Ji-Suk (Song Chang-Ui) calls and asks for a ride from her fiance (Ki Tae-Young). When her fiance arrives, he finds out that Ji-Suk has already gotten a ride from his sister Ji-Min (Nam Ji-Hyun). As Da-Hye's fiance walks back to his car he is hit by a motorcycle. The driver of the motorcycle then turns around and fatally runs over her fiance.

One year later, Da-Hye has forgiven the teenager who killed her fiance. She believes that he still has a chance to turn his life around and it's better to just move on. Da-Hye has quit her TV job and is now working on a documentary about forgiveness requested by the Catholic Church.

Meanwhile, Ji-Suk's younger sister Ji-Min comes over to Da-Hye's apartment and stays there indefinitely. Ji-Min complains that her father, a respected judge, is physically abusive towards her. Da-Hye believing Ji-Min is exaggerating asks her to be nicer to her parents. Ji-Min helps Da-Hye as she goes to interview various family members of murdered crime victims. During these interviews, Da-Hye thinks back to the teenager who killed her fiance and starts to have doubts on whether she should have forgiven the boy so easily. Da-Hye burdened with this doubt seeks out the boy to see how he is now living ... 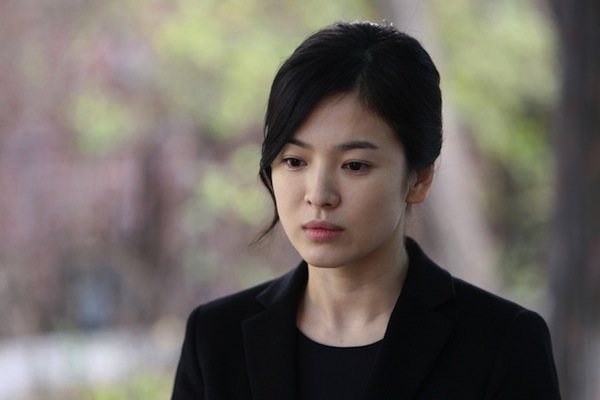 Press conference for "A Reason To Live" took place at the 2011 Busan International Film Festival on October 8, 2011. Appearing as speakers are director Lee Jeong-Hyang, actress Song Hye-Kyo and actress Nam Ji-Hyun. AsianWiki editor Ki Mun was there and transcribed/translated the session.

ARA Oct 19 2013 7:29 am I like this movie. Nam Ji Hyun could so good acting! Sometimes we can't control our self. so sad, so angry, and other. so deep and so lonely in sad times.feel alone, the empact we not respest to other. we need balance to thing about tragedy in our live self also we must respect to help problem people around us, especially those we love. before they not believe and leave us,

I watched this film and have to say I came out disappointed. The basic premise for the movie is compelling, but after watching the movie I got the filming the movie director had trouble actually making a compelling story from that premise. Or maybe she was too concentrated on the premise and message to make an absorbing film. On the positive side the movie's message that victim's do have the right to forgive or not and not automatically feel compelled to forgive is quite thought provoking.

The mixture of a flat screenplay and underwhelming performance by virtually the entire cast was the movie's downfall for me. Main actress Song Hye-Kyo was ok for most of the film, though I noticed a few scenes where more dynamics were required and I saw a lot of "over-acting" with her facial expressions and such. Co-lead Nam Ji-Hyun felt straight up miscast to me. Also, the stale feeling from the movie was noticeable through most of the film then a handful of scenes were composed in a sudden artistic manner (Song Hye-Ko's bathtub scene as an example) which felt jarring, rather than helping the narrative flow.

Regardless, if you do have the opportunity to check out the film I would say try it out and maybe you will have a different reaction. As stated earlier the movie does offer a thought provoking premise, just the method to get there entirely underwhelmed me. One of those films that felt like the staff thought too much about the film and didn't provide enough passion.

Ki Nov 03 2011 7:42 am There's a few scenes in A REASON TO LIVE involving the teen girl Ji-Min and her abusive father who is a respected judge. When I watched those scenes I thought the scenes were just too abrupt / in-your-face, then a case occurs in Texas that exactly mirrors those scenes. Truth is stranger than fiction? http://edition.cnn.com/2011/11/02/justice/texas-video-beating/index.html?hpt=hp_t2