The Bird People in China 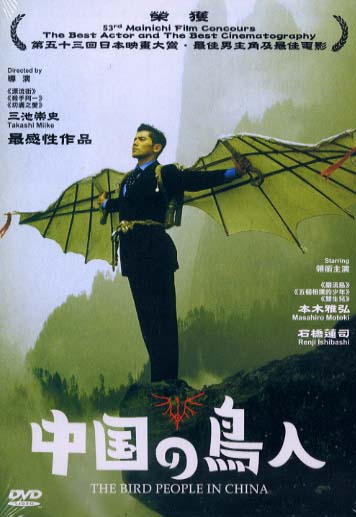 Wada, a Japanese businessman, has been dispatched by his boss to track down a cache of fabulous jade in Yun Nan where the most distant part of China. Ujiie, a short-tempered Yakuza, has also been sent to make sure the mob gets its proper share of the treasure. They are to be guided by the perpetually jolly but somewhat seedy Shen, who has been to the Jade Village before. Three mismatched men finally reach their destination but soon find something even more precious than jade. There is a fascinating mystery of "Bird People", people believed their ancestors could fly and that they too posses this ability. In a remote village, Wada meets a blue-eyed Chinese girl who teaches the village children to fly…