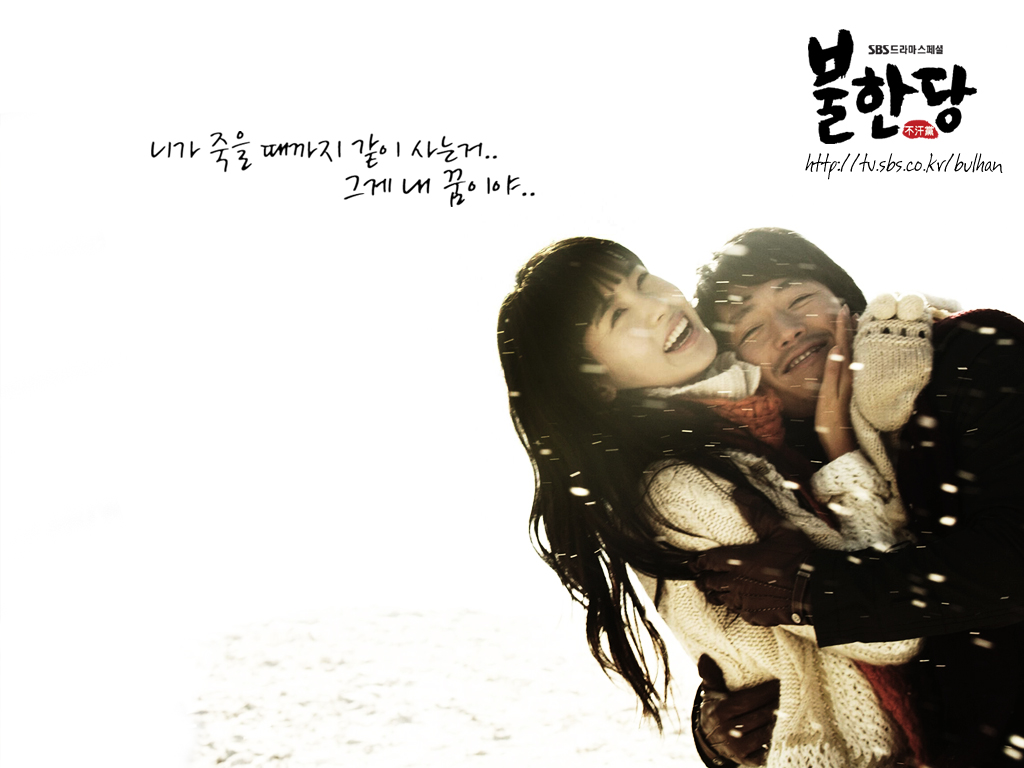 Dallae (Lee Da-Hae) is a single mom who isn’t picky about her food, laughs a lot and is a loyal friend. After graduating from high school, she meets Tae-oh, a handsome mountain climber, while working in a local bank in Pyeong-chang. She follows Tae-oh to Seoul to get married. She becomes pregnant. But even before the baby is born, Tae-oh is killed in a freak accident in the mountains. Dallae ends up living with her mother-in-law, Tae-oh’s mother, and her pretty baby daughter. One day, her mother-in-law, Sun-sum, forces her to go on a blind date. She's shocked to find an elderly man as her date and rushes out, causing a car accident. The owner of the car is O-jun (Jang Hyuk), a former boxer who quit because he didn’t want to mess up his pretty face. Instead, he is masquerading as a fund manager, living off women. To make things worse, he has debts to pay off set on by his sister who is married to an abusive husband. Dallae proves to be a new target for him. But strangely enough, this unsophisticated girl isn’t at all interested in him, which makes him want to seek true love in her.

In the very last episode, Un-nyun and Tae-Ha managed to escape with the little prince by Dae-gil protecting them (telling them to go) and giving up his life fighting Hwang. He loved her until the end (in his last moments he thinks about her, he said to her, that she has to live in order for him to go on living :'( ) and he dies in the arms of Seol-Hwa. In the episode there was a brief converation between Un-nyun and Daegil about Dae-gil only trying to find her bacause she was an escaped slave, but I think both of them knew this was a lie. Un-nyun loved him in the past, but in the present, she loves Tae-Ha. Ah, and Dae-gil managed to secure the two houses for General Choi and Wang-Son.

I have to say I was pretty depressed at the end and I had to watch a few making of videos so that I know that everything is OK, they are only excellent actors. :)

kun nasiru Feb 10 2015 10:13 am Please what happened at the end of chuno?havn't found the complete episodes

enjoy Dec 18 2014 9:08 am I agree with what @dalal said about this drama. Wonderful drama, indeed. I don't understand why it is so forgotten nowaday.

Dalal Oct 14 2014 4:24 am I have just finished watching ROBBER...it was brillient drama..it contains every thing funny momemt , romantic scene, sad moments..every thing... I watched many many korean dramas ...and i must say that this drama is one of my top favourite ones. The two leads are mindblowing ..jang hyuk is as usual handsome but he delievers great preformance ..he managed to portrays funny and heart breaking performance. Le dae he also was great..i think it was her best performance ever... She was so funny and beautiful in the begining of the epesiodes ... ROBBER did not steat the heart of the heroine in the drama...but it aslo stole my heart..well done..i highly recommend this drama

Gasenadi Feb 21 2012 9:36 pm As a hurting Chuno-lover, this drama was a welcome antidote, pairing Jang Hyuk and Lee Da Hae, this time successfully. Great chemistry btwn them. But even moreso, the themes that run in this: alcoholism, spousal abuse, gambling addiction, homosexuality, true friendship, repentence. Such a good drama. Enjoy.

CAGOME May 14 2010 3:38 pm DEAR JANG HYUK,YOU ARE MY FAVORITE ACTOR AND I LOVE ALL YOURS MOVIES!YOU ARE NUMBER ONE!ROMANIA(IN EUROPE) LOVE YOU!VERY ROMANTIC!