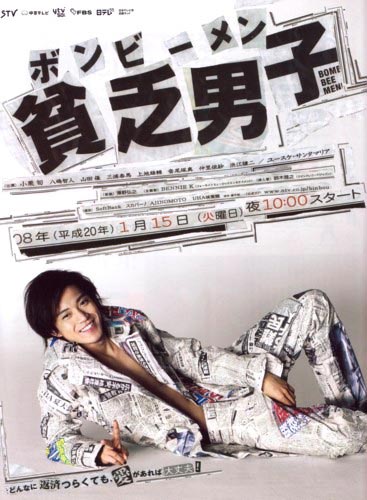 A poor college student, Kazumi Koyama (Shun Oguri)’s priorities are friendship and to make everyone happy. He never says no when people rely on him. With his strong ally, the consumer finance ATM, he buys dinner and takes on other people’s debts despite his poverty, while unopened bills are piled up at his door every day.

When optimistic Kazumi finally gets an employment offer for a real job, he meets a policeman Shuzo Hikita (Norito Yajima) and an office clerk Mimi Nakahara(Yu Yamada) who works at the consumer finance company. Kazumi finds out from Mimi, that his debt now amounts to a million yen, and that his job offer could be ruined because of his debt.

Both Shuzo and Mimi are in debt to a host club/bar owner/money loaner OmOm. He is actually the boss of the two gofers who defraud Kazumi of 200000 yen. Kazumi visits OmOm with Mimi and Shuzo to get his money back, only to put himself into OmOm’s money game with various challenges. Can Kazumi make the impossible possible with his optimism?