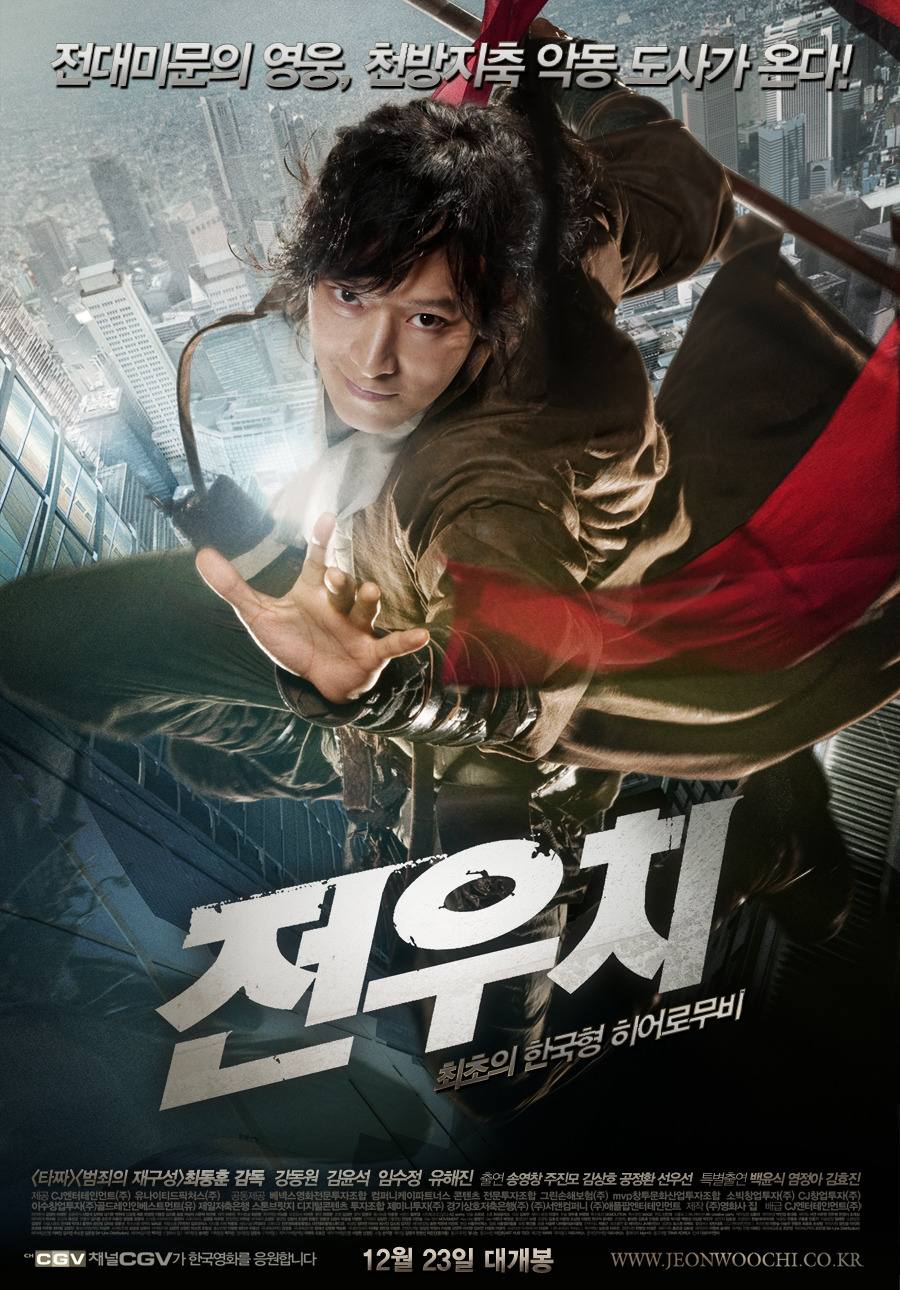 "Woochi" begins in the Chosun Dynasty in 1509 and involves a trio of Taoist wizards, a magician named Jeon Woo Chi (Gang Dong-Won) and his dog turned man, a corrupt king, evil goblins, and a prophetic pipe everyone is after. Eventually Jeon Woo Chi becomes sealed inside an ancient scroll for a crime he did not commit.

Jumping ahead to the year 2009, the wizards are called out of peaceful retirement as goblins start appearing in modern Korea to wreak havoc all around. The trio call on Jeon Woo Chi, who is released from his ancient scroll entrapment, in to save the day. Problem is Jeon Woo Chi, a kind of anti-superhero, becomes more interested in sight-seeing and womanizing in modern day Korea. 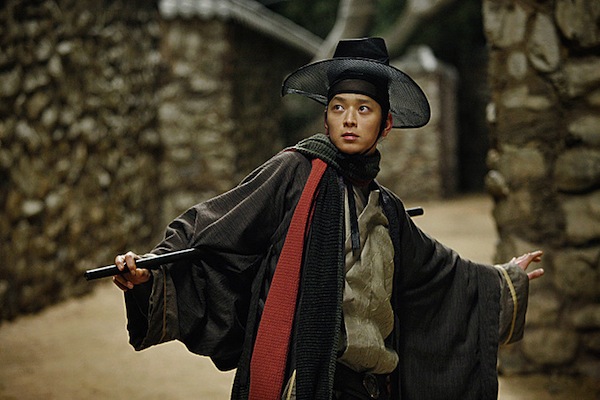 gunn Dec 28 2013 4:17 am Nano spray Asli mci. you just made my day that is the funniest story ever hahaha. ha i am dying hahaha. in my language we would say, uchinyanya kunyebera mwana!

Nano spray Asli mci Dec 17 2013 4:56 pm Today, I went to the beach front with my children. I found a sea shell and gave it to my 4 year old daughter and said "You can hear the ocean if you put this to your ear." She placed the shell to her ear and screamed. There was a hermit crab inside and it pinched her ear. She never wants to go back! LoL I know this is completely off topic but I had to tell someone!

Capricorn0Angel Nov 04 2013 11:09 pm COOL ONE! Great story with unpredictable plot. A very genius thing near the ending. Don't ever get bored if you hasn't reached the ending yet ;) What a sexy voice he has, Dong won <3 Close to hollywood movies with the special details of Korean movies. I definitely love this one! Even until the end, you'll get some parts that may seem unfinished but it becomes definitely clear at the end! Im Soo Jung , Kang Dong Won fighting!!!

Bradyn Feb 23 2013 3:39 pm I'm very happy to discover this great site. I wanted to thank you for ones time due to this fantastic read!! I definitely savored every part of it and i also have you saved to fav to check out new things in your web site.

su jeong Dec 24 2010 2:47 pm i like this movie really~ some said this kind of story is so common, but i think it is the attraction of this movie this kind of plot is often have similar story, it is really hard to find really different it is little hard to understand the hidden meaning of story, but although it is good!!! i really like kang dong won 강동원 진짜 짱이야!!! but i'm sad at he went army ㅠㅠ he will have movie after 2 years later;;

i have same name with girl character~(i'm korean haha)

Deva J Nov 30 2010 8:52 am Hey.. Just happened to come across this movie..Watched it and was pleasantly surprised (I am from South India). Any other similar Korean movie that you guys would like to recommend ? TIA

Noxan Oct 19 2010 8:28 am Didn't like it, I've seen this kind of plot before and its pretty much exactly the same. Pretty much accurately guessed how the story would unfold throughout the entire movie, which irritated me even more since most of my guesses came true. And it didn't feel like Woochi was a very powerful wizard. All there was was a bunch of pointless jumping 15 ft into the air and hopping around and hitting people with sticks.

asnk Dec 26 2008 5:10 am hmm story seems to be more intresting jus waiting fr the time to rise fast to watch this movie nd waiting to see kang dong won in his new outfit