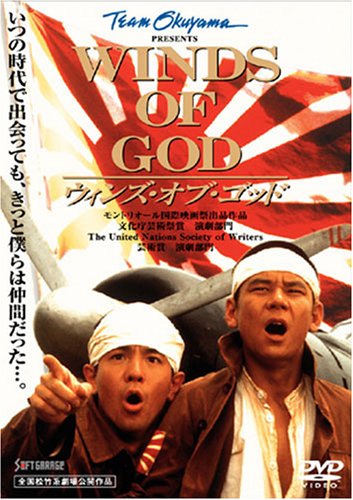 Pic follows the misadventures of Makoto (Imai) and his not-so-bright sidekick Kinta (Shota Yamaguchi), who flub their way through a Tokyo talent contest, head out into heavy traffic and, when the bandages come off, find they've traded in their Honda scooter for a couple of vintage Zeros, loaded with TNT.

It's August 1945, and the lads are the spitting image of the most respected fliers in the squadron. Naturally, no one believes those wild stories about a neon-lit future, and their lame routines -- filled with references to the unbridled materialism of the 1990s -- soon get on everyone's nerves, including a tough group leader (Tetsuya Bessho) who knows he must send his young charges off to certain death. Eventually, the ceremonial portentousness of the place and time gets to our feeble heroes, and their loyalties to Japan -- old and new -- are put to an unexpected test. -- Variety