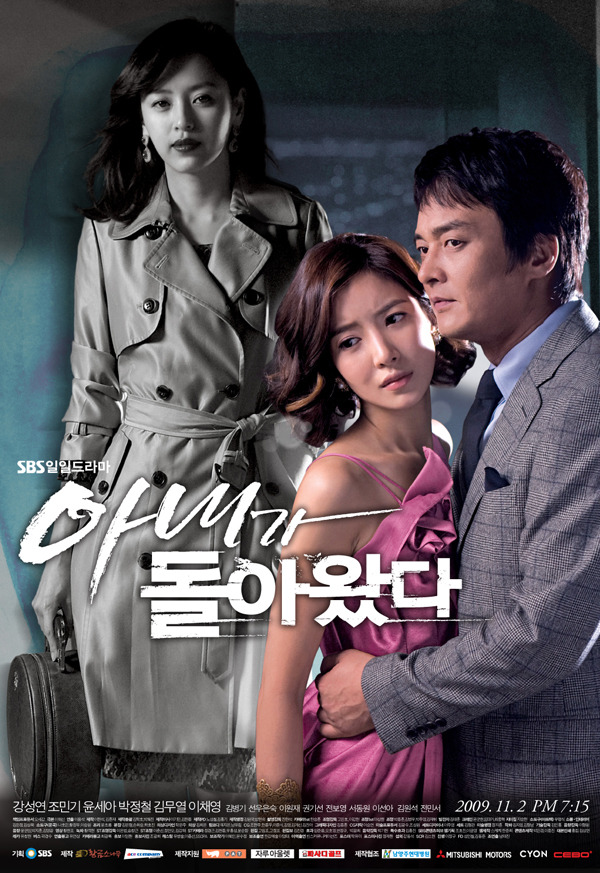 Yu-hee Jeong (Kang Sung-Yeon) grew up in a orphanage with her brother, but lost contact with him after he was adopted by foster parents who lived overseas. Her own foster parents stopped communicating with her after a length of time and Yu-hee's life was filled with unhappiness. That is until she met Sang-woo Yun (Jo Min-Gi), a man that swept her off of her feet. The couple ran away to an island and married. Soon they had a daughter, but their daughter became sick due to a heart disorder.

Sang-woo, unaware of the reasons why Yu-hee left him, eventually remarried with Se-hyeon Min (Yun Se-Ah).

Kang-su Han (Kim Moo-Yul) loved Yu-hee since they were children. He even proposed to her years before, but Yu-hee said no. She chose Sang-woo. Now that Yu-hee left Sang-woo, Kang-su Han comes back into Yu-hee's life. They move to Seoul. Yu-hee still can't forget Sang-woo and on one fateful day, she meets him once again ...

clarisza Oct 29 2014 9:44 pm i love return of the wife i can wait to watch the ending everyday where can i watch the full episode because i cant wait