Whisper of the Heart 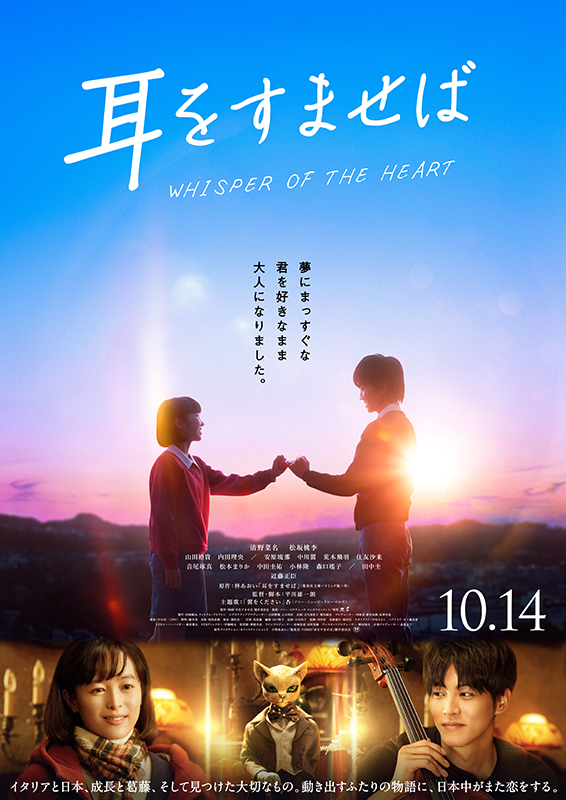 10 years later, Shizuku Tsukishima (Nana Seino) is 24 years old. She gave up her dream of becoming a novelist and now works as an editor for a publishing company that specializes in children's books. She struggles in her daily life at work. Meanwhile, Seiji Amasawa (Tori Matsuzaka) is abroad and still pursuing his dream.

Priscilla Aug 14 2020 6:03 am The cast already looks so promising!! I can’t wait? I hope that the release won’t be postponed for too long~

K Jan 26 2020 1:19 am I know that Tori is a great actor but isn't he a bit too old (even as grown up Seiji) to play the role. Can't argue with his looks and acting skills tho. Anyway I REALLY LOVE this story - its subtle romance, those 80s vibes. Really hope they do it right with this adaptation...

Delvi Jan 14 2020 1:28 am Finally another movie project for Tori-kun. Love him and his acting so much and i'm so excited for this :D