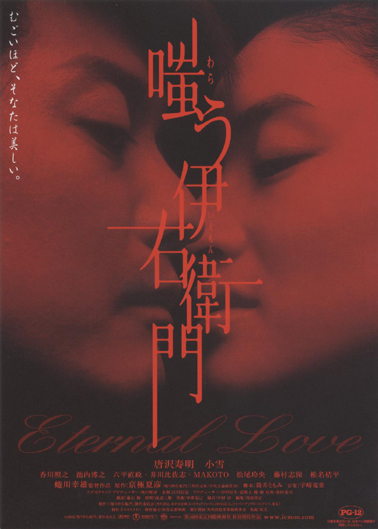 Based on novel by Natsuhiko Kyougoku, which gives a new interpretation to the kabuki classic 'Toukaidou Yotsuya Kaidan', one of the most famous ghost stories in Japan. - Iemon has become ronin after he helped his father's seppuku execution. One day, he is offered a marriage to Oiwa. She once was famous for her beauty, but some strange sickness has deformed half of her face. Yet, she is proud and courage enough to confront what happned to her, and the harsh attitudes of the people around. After they get married, they begin to understand and love each other even more. However, it displeases Kihee, a bureaucrat samurai who tried to get Oiwa persistently before her face has deformed. He conceives a plot to separate them...