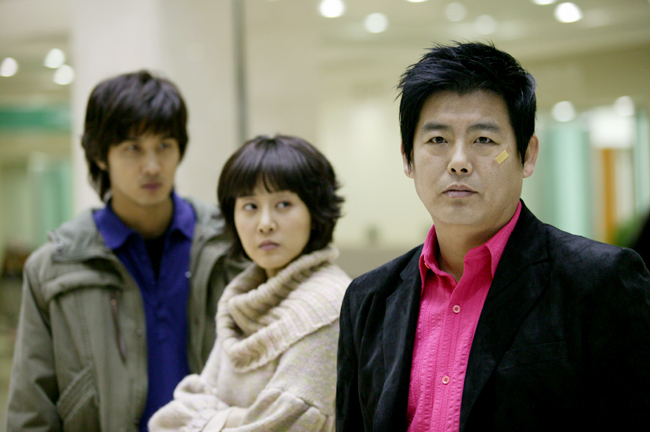 Yeo-Jin (Lee Eung-Kyung), comes to see Eun-Woo (Kim Ji-seok) who is wearing a prison uniform, cries and tells him that she loves him. Then Ji-Heon (Kim Byeong-Se) helps Yeo-Jin to her feet. A year ago, Yeo-Jin was a standard wife who lived with her husband, Ji-Heon who worked at an orthopedic university hospital, and her loud, cranky mother-in-law, Mrs. Shim (Yun So-Jeong). Eun-Seo goes to visit her son, Min-Hyung, who’s hospitalized and cheers him up.

However, knowing that her son’s medical fees are quite a lot, she is a bit dejected. Min-Hyung, who loves his father, Sung-Tae (Song Dong-Il) a lot, tells his father of his release from the hospital and Sung-Tae kisses his son’s picture in joy. Yeo-Jin who lies about going to cooking classes goes on the train. Mrs. Shim gets angry at Yeo-Jin since Mrs. Shim doesn’t want her to leave. She calls her son, Ji-Heon Yeo-Jin who is in a state of dilemma, end her phone conversation with Ji-Heon and comes off the platform of the train station.

On the other hand, Chairman Yang (Park Ji-il) who calls over Sung-Tae give him an envelope of money saying that he should at least do what fathers do. Sung-Tae is so happy that he buys a toy gun that Min-Hyung loves so much and goes to the hospital to visit Min-Hyung (Yeo Jin-Ku). Eun-Seo (Shin So-Mi), runs into Sung-Tae at the hospital hallway but she ignores him and walks off. Mrs. Shim who finds out that Yeo-Jin never went to the cooking classes, nags at her whether she was meeting her past boyfriend instead…