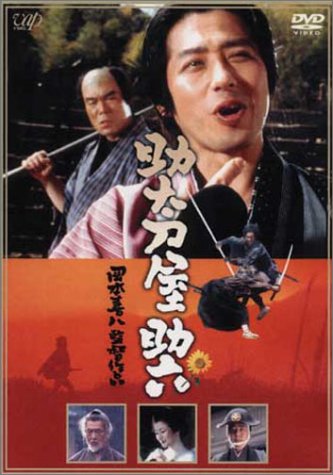 Though a sukedachiya (avenger-for-hire), Sukeroku (Hiroyuki Sanada) never draws his sword, preferring to humiliate his victims by whacking them with a clothes pole, or tripping and tying them with a rope. But as light in the waraji (sandals) as he may seem, he has become a success of sorts, doing what he loves. For one thing, as a lowly commoner, he gets enormous satisfaction from cutting haughty samurai down to size. For another, he has the daring, resourcefulness and smarts needed to make a go of his unusual occupation. -- Japan Times

"Vengeance for Sale" is based on a 1969 televsion drama written and directed by Kihachi Okamoto.