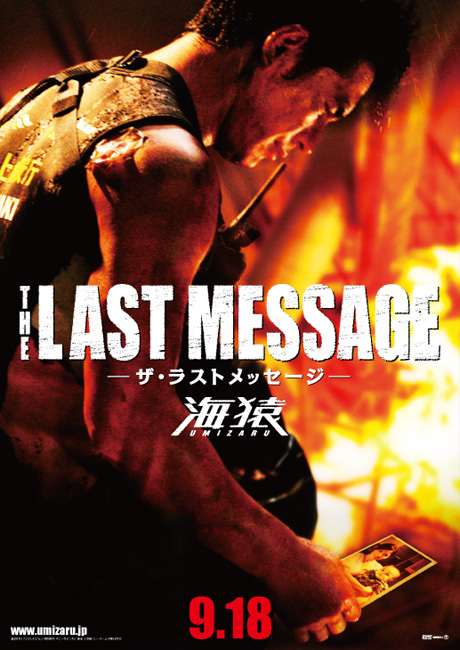 While a menacing typhoon approaches, an accident at the giant natural gas plant Regalia occurs. Japan Coast Guard rescue divers Daisuke Senzaki (Hideaki Ito), Tetsuya Yoshioka (Ryuta Sato) and engineer Hiroshiichirou Sakuragi (Masaya Kato) head together to the gas plant. During their rescue efforts an explosion occurs that traps Daisuke, Natsu Nishizawa Kazue Fukiishi and worker Hisayoneo Kizima (Gaku Hamada). Daisuke then looks for a way out for his party with a man he just meets Takuya Hotori. Because of the typhoon, even a helicopter cannot approach the Regalia.

Meanwhile, at the head office of the Japan Coast Guard, the Japanese coast guard tries to find a way to rescue the trapped people, but the government officials put national interests first. Tension arises between these two parties. Daisuke's wife Tamakisai Senzaki (Ai Kato) prays for the safe return of Daisuke not only for her sake, but for their new born son.

Daisuke's party is still trapped in the giant plant have one last choice ....