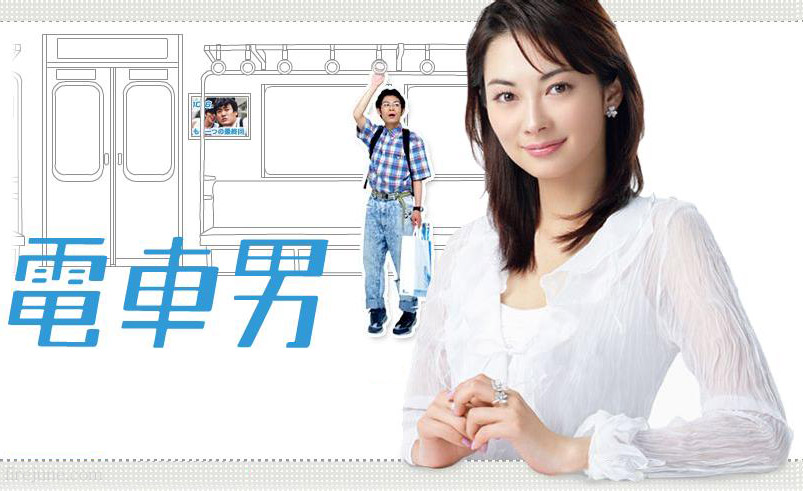 A geek (known as “Train Man”) who is a so-called Akiba-kei frequenting Tokyo’s Akihabara area develops tender feelings for a girl living in a completely different world and experiences the excitement of being in love, something he had long forgotten. And then there is the kindness, almost like friendship, of the nameless and faceless denizens of the Internet who support him in that love. They also suffer ups and downs about Train Man’s love, while gaining encouragement from his story.Saori is a beautiful office girl who evokes sighs of admiration from everyone who sees her. One day, on the way home on the train, she is accosted by an obnoxious drunkard. A young man stands up and comes to her rescue. The young man happens to be a typical Akiba-kei otaku who is crazy about anime and manga. Normally two such people would never have gotten to know each other, but his saving her from the advances of the drunkard is the opportunity to press on to love, which requires considerable challenges and difficulties.

yumi Aug 23 2013 11:22 pm One of my top favorite dramas of all-time, this is TOO GOOD. It's funny, captures the Akihabara culture very well, and though ito atsushi may not be the best-looking guy in the cast, he is definitely the most charming. Beware: you may fall in love with Ito Misaki because she is just too cute.