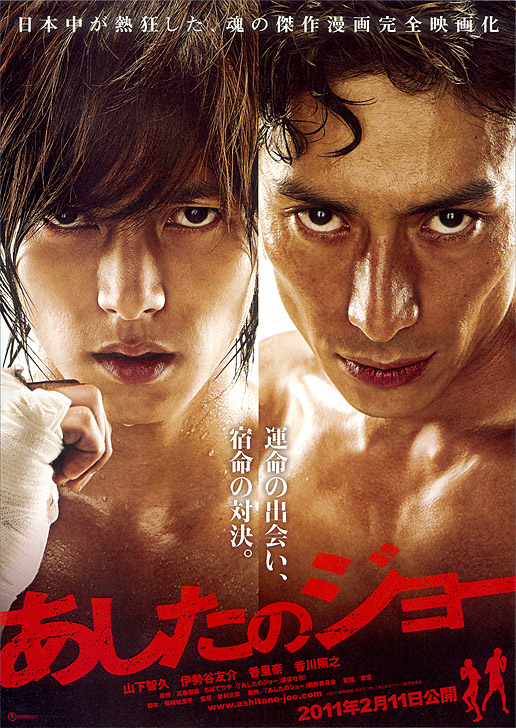 Set in the 1960's, Joe Yabuki (Tomohisa Yamashita) lives in a run-down low income ara. There, alcholic ex-boxer Danpei Tange (Teruyuki Kagawa) notices Joe Yabuki's talents as a boxer. But then, Joe gets into trouble and is sentenced into the youth detention center. In the youth detention center, Joe gets into a brawl and then is knocked out by Toru Rikiishi (Yusuke Iseya) who is a champion caliber professional boxer.

While incarcerated, Joe gets special training from Danpei Tange through letters. Upon Joe's release, he quickly becomes an elite boxer and famous for a devastating cross counter. Meanwhile, Toru Rikiishi is also released from prison and quickly resumes his boxing career. Toru finally gets his shot at the world championship belt, but before that, Toru wants a match with Joe Yabuki. The two men enter the ring ... 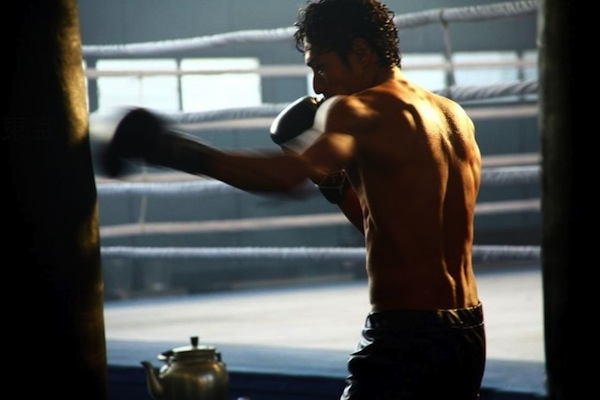 Izeya Aug 27 2018 1:44 pm Iseya take me here~ I like the story n cinematograpy especially when each casts training n the ring times. It's really great. I can't compare this movie with their anime or manga cz I never watch n read it before (definetly I will, soon). The ending is really shocked me cz I never thought it would end like this. I'm just think he'll in coma for a moment so oneday his opponent can beat him, or he got seious injury so he stop boxing n join his opponent team as a coach or an advisor. I think that would be a great ending too...

But I really loved this movie... Best of the best scene is at the last one when Rikiishi training on the ring at tange's gym. Oh my I think I would cry when I see that scene (n his wonderfull smile...) The credit title's background is also epic must watch 'till the end...

Shelley Feb 21 2011 2:16 pm I think YamaPi is perfect for this role. Well, at least way better than Kame. He's so muscular. Can't wait to watch it online.

yvonne Feb 20 2011 11:03 pm CAN'T WAIT! Yamashita worked really really hard for the sake of the film, to learn boxing and to get the perfect boxer's body (he lost so much weight), so even if you're not a fan, I hope that people can appreciate that much. For those who have seen the film, please give a review here! Thanks!

wasaa Dec 22 2010 11:21 am yamapi can't act with all those mannerism that he has.He is just cool actor but not awesome not even great just a COOL actor. i hope hajime nno ippo will have a live action too.

Gods, I'm gonna watch this :DDDD Well, they don't need real boxers. Have you seen other boxers act? They suck. Look at Pacquiao. He's great at boxing, but he's not really suited for the acting, not to mention singing. :]

When people think of boxing, they think about mike tyson, evander holyfield, ali...but what about chavez, de la hoya, pacquiao...yamashita has the same body type as them, he perfectly fits the part...he can act as well...

ametesya Oct 20 2010 8:17 pm c'mon! he did lots of training just to have that fit.. and you're saying, he needs to buff up? i'd say, he did a very good job in training hard and controlling his diet. i think his body in the movie is just like what a boxer ought to have!

dramafreak1 Aug 20 2010 10:38 pm for those who think yamapi is not up for it, just think about how skinny kame was when he did one pound gospel. now THAT is skinny!

The whole truth behind these words are:

I can't believe it. Why can't they choose Ueda Tatsuya or someone else who "actually" knows how to box...except Kame. o.O