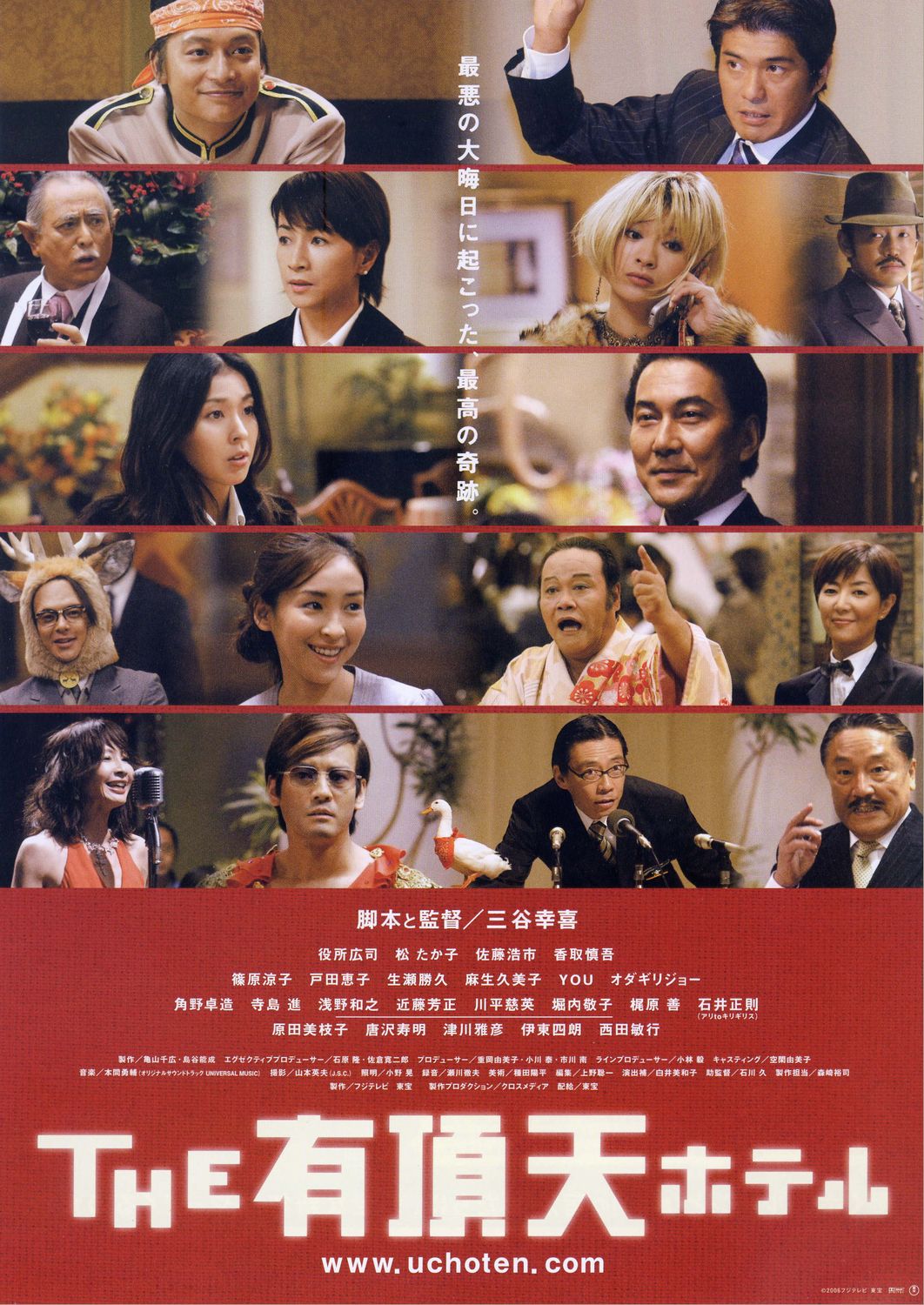 Two hours left until New Years and the crew at the glamorous Wow-Choten Hotel have their hands absolutely full.

There’s a banquet being held at 11:30. honoring the Man of The Year for stag directors. That’s right “stag director” and not stage director as manger Shindo-San first assumes. Unfortunately, the honorary speaker Mamoru Jimbo suddenly disappears.

An infamous senator is also staying at the hotel and the press are waiting outside the hotel for him. The senator was recently accused of accepting bribes from corporate interests and was earlier involved in a sex scandal. To complicate matters further, the lady that he was involved with in the sex scandal now works at the Wow-Choten Hotel as a maid.

The hotel’s annual New Years celebration is set to start in two hours. The banner that the hotel’s CEO requested arrives at the hotel misspelled. Entertainers that are supposed to perform during the celebration are in disarray. The ventriloquist has lost Rub-A-Dub, a duck that he performs his act with. The couple that performs magic tricks gets into a fight and the girl leaves.

Along with these dilemmas, there is the prostitute that relentlessly tries to come into the hotel. One of her former clients just so happens to be the Man of the Year for the deer club and she has a video of him doing the naked “Snake” dance on her cellphone. The Man Of the Year’s wife, Hotta, happens to be the ex-wife of Shindo-San, the manager of the Wow-Choten Hotel. There’s also Kenji, the bellboy that is quitting his job on New Year’s Eve and giving up on his dreams to become a singer. That is until Shindo-San asks him to work one more day as the concierge for a famous singer. To complicate matters further, the CEO of the Wow-Choten Hotel suddenly disappears but calls his staff asking them to find him and bring some cold cream!