The Story of Yamada Taro 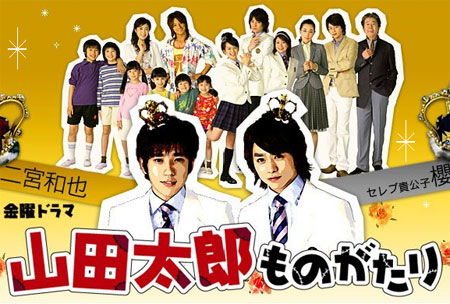 Taro Yamada, a freshman on a scholarship at Ichinomiya Private Senior High School, is high-achieving, strikingly handsome, and truly athletic and seems perfect. But he is actually extremely poor. The story humorously portrays Taro, who tackles problems that occur because of his poverty, and his six younger brothers and sisters. The original comic book sold a cumulative total of over 7 million copies. The book was translated into many languages and sold worldwide, and it was made into a drama entitled “Píng Qióng Guì Gōng Zǐ” in Taiwan in 2001.

Adi Apr 29 2020 9:17 am I hope this has a remake. This has a wonderful and uplifting story, which is worth to be shared and watched by younger generations. They'll learn a lot about life from it.

ace Nov 06 2014 10:21 pm I was remiss in my earlier post by omitting the cinematography of the series. There was a very deft hand on the camera and the creative visuals. t rally help make part s of the story feel alive and with verve.

ace Nov 06 2014 9:49 pm Great cast. Some genuinely funny moments. Uneven, to be sure. But certainly worth the time spent watching it. Back to the cast, it really is top notch. Not just the three leads. The secondary cast was excellent as well. Mikako Tabe's parents were really fun to watch. I especially liked the mother. Kazue Fukiishi was great as the teacher. The only one I didn't like, actor or character, was Taro Yamada's father. Nothing against him but just didn't seem to fit the cast....