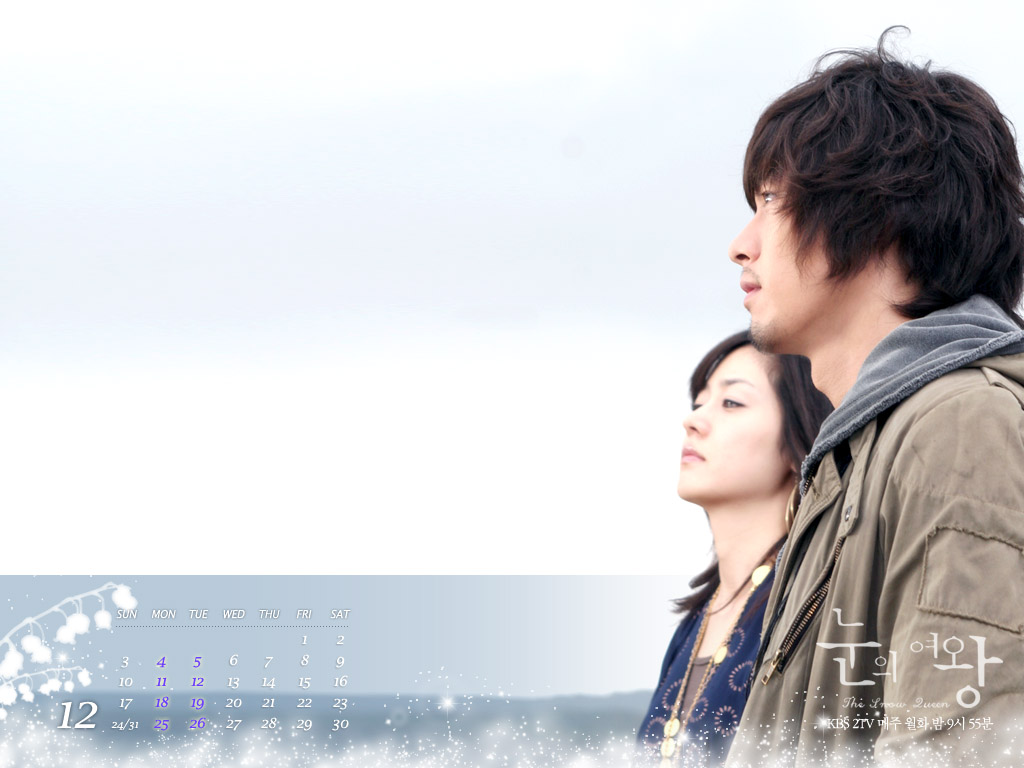 The opening starts with the introduction of a genius. At 17, Tae Woong (Hyeon Bin) meets two people who will later become people he loves. The guy he meets is Kim Jeong Kyu (Lee Sun Ho) also classified as a genius, and though at first they did not get along, they soon set aside their differences and became best friends. Tae Woong also meets a little girl being bullied by older girls for her money and saves her. The girl develops a crush on him and gives him her beeper for future contact. Later on, Tae Woong and Jeong Kyu both enter an international math Olympiad, but when Tae Woong wins, Jeong Kyu commits suicide. The following tragic events soon took its toll on the rest of Tae Woong's life, and forgets about ever set a date to meet the little girl. Then, for 8 years he struggled to carry on with his life. At 25, Tae Woong is now a third class boxer and in unexpected events finds Bo Ra (Sung Yu-Ri), the little girl he once knew. The tale continues into the world of the cold-hearted Bo Ra and it is only Tae Woong that could possibly melt her heart...

KyunYoo Jan 30 2021 5:59 am At first I watched this because of Lim Ju Hwan, even though at the beginning I was quite worried about his role as the second lead male but when I watched it I was quite appreciative of his character who ended up supporting the relationship between the two main roles, and remains a good friend to both.

I just finished watching this, the story is really classic, and i love classic romantic genre like this. I also like the second lead male role, dr. Seo Geon Woo / Seo Keun Ho (Lim Ju Hwan), although at first he was a little jealous of the closeness of the main character, but he understood and did not force Kim Bo Ra to accept his love. in fact, he supports the relationship between the two to always be together.

Although it ends sadly, this film is packaged quite well. for those who like melodrama, this drama is enough to be recommended.

(Sorry my english so bad)

Lola Apr 22 2020 3:29 am Amidst coronavirus/Covid19, I, together with a lot of others I supposed, watch films and TV series nowadays. I don’t usually follow South Korean TV-series and couldn’t understand why and how others can be so addicted to these series. Upon recommendations though from some family members and friends, I started to see «Crash Landing on You» on Netflix, a K-drama. I got hooked by it from the first episode and was totally amazed by Mr. Hyun Bin! I must admit , I became a fan of him since then. The days that followed consist of searching for his films and series. I’ve seen many and the latest of them is «The Snow Queen» from 2006. Hyun Bin amazes in every role he performs. This time, he just strucked me! He was excellent! A very different Hyun Bin not just in looks but in his acting of the character he is interpreting. You can feel his sorrow and agony just by looking at his eyes, the movements of his lips, the way he holds his shoulders and the way he walks and sits. I have seen this kind of performance just once, it was Casey Afflect’s in Manchester by the Sea. They both excels in expressing the melancholy character to the audience without overacting. Their well-acted mannerisms share the viewers their misery, despair and helplessness. We don’t need words to understand the pain and sorrow the character is experiencing. Brilliant! Hyun Bin conveyed his role as Han Tae-woong/Han Deuk-gu in «The Snow Queen» in utter performance! Hats off!!! He should have won an acting award for this.

My salute too to the co-stars, the leading lady, and the supporting stars (especially the actress who played Seung-ri and the actor who was Bo-ra’s father) .

Ps. «The Snow Queen» is highly recommended TV-series to watch. The cast and their acting/performances, the plot, the sceneries, the music... and Hyun Bin, of course. My only dissapointment in the film is when Han Tae-woong came back from his studies from abroad and he did not change his hairstyle and did not shave his beard. I was expecting a more suave good-looking Dr. Han Tae-woong than the ruggedly handsome Han Deuk-gu.

Qulu star Feb 01 2020 2:21 am I first watched this drama during my high school days it was amazing ... 10 years after for second i watched i find more amazing then those day's when i first watched .the best drama ever came across .. someday i will watch again ..

Juliette May 05 2019 9:05 pm It's funny that the guy is supposed to be a "genius" but is the most slow and retarded person I've ever saw. Terrible drama.

Ajay Oct 11 2018 8:53 pm Life is so cruel. I just feel now after watching this drama. I am sure that the devotional love between them will let them meet somewhere and finally they will be happy....

Beautiful and heartbreaking story, but also warm. One of the best happy sad ending. We can feel the emptiness of tae woong’s life after bora gone, but also feel the happiness bora brought in tae woong’s life. One great love is enough to fill whole ur life. I can understand why hyun bin’a act bland. Tae woong suppose to be bland. As a math genius they tend to think much and little act.

Thank u for the writer, the story delivered so smooth. I personally love the last 3 episodes. Boring for some people, but it really warm to see how to see their happiness together in a very boring way. I hope i can spend my last days in life like them. Together.

lpa Apr 13 2016 2:37 am Good actors. Beautiful drama to start with but predictable. Last two episodes slow and somewhat disappointing. Even though you can clearly guess what's going to happen, there should have been some element of surprise or satisfaction.

Rahel Oct 21 2015 2:15 am One of the best dramas I've watched so far. I love everything about it: the cast, the storyline and even the ending. I wasn't really a fan of Hyun Bin before, but his acting in this one is quite amazing. I can't understand why this drama wasn't a success in Korea. In my opinion it's the best melodrama, even better than Nice Guy.

jang mi Aug 11 2015 6:39 pm it's sound interesting from the synopsis, i can see this typical of mellodrama. i love hyun bin, he can act really well. a must watch drama from hyun bin. hyun bin saranghae

Phoebe Jul 02 2013 2:59 pm I liked Hyun Bin in Secret Garden but for some reason his acting was bland. He did not do justice to the character ... he had one facial expression and spoke in a monotone voice ... it was day and night compared to his excellent acting in Secret Garden. In addition, it was odd to have the young Hyun Bin harbor romance with a girl who played the young Sung Yuri ... would have been better if Sung Yu Ri played her younger self or if they had a younger actor play the young Hyun Bin ... Overall production was great but they could've done better ...

Koreans sure are pessimists. This is a very good drama. It transcends the typical formula with no real jealousy or vindictiveness. All characters are realistic and sympathetic too. The love story is touching and the acting is good. The ending is the typical Korean feel bad ending though.....when will they realize people want happy endings. Kind of reflects why Korea is the suicide capital of the world....so sad. Still I loved this drama regardless.

i stayed up the entire night to get ot episde 8 and then in school i search up the ending i got sad the drama is freaking goooooooooooooddddd and sad but freaking good but i dont wanna fnish now cause ii kno wats gonna happen and i dont want it to happen AGH!!!!!!!!!!