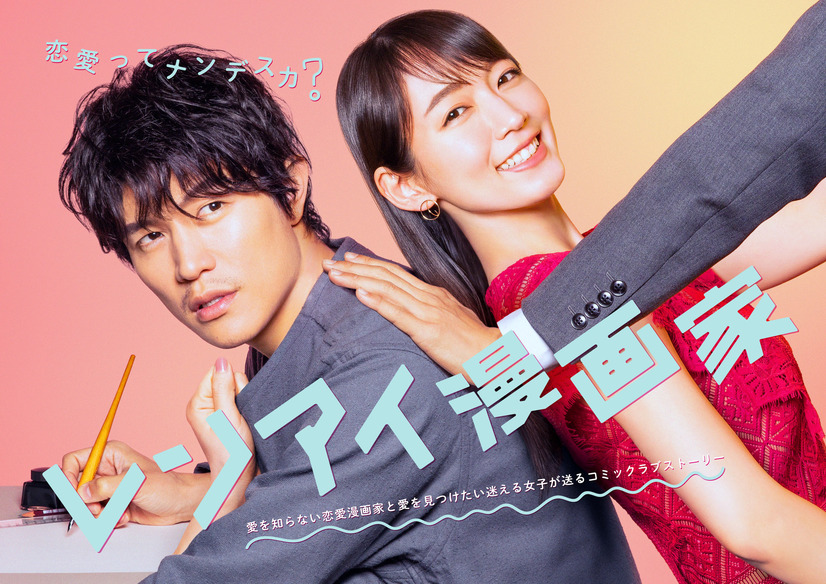 Seiichiro Karibe (Ryohei Suzuki) is a popular manga writer, who writes under a female pseudonym. He isn't good at socializing with other people and he rarely goes outside. His shojo manga are targeted for young teen female readers. Because of this, his private life is hidden behind a veil. His solitary life changes after he takes care of his nephew Ren (Ryusei Iwata), due to the death of Seiichiro Karibe's younger brother.

Meanwhile, Aiko Kuon (Riho Yoshioka) is a woman about 30-years-old. She doesn't have a dream, job, or a boyfriend. She meets Seiichiro Karibe at the funeral of her first love. That funeral is for Seiichiro Karibe's younger brother. Seiichiro Karibe asks Aiko Kuon to take part in a pseudo romance with him, so he can use it for writing material.

Dee_22 Jun 20 2021 4:48 am It's been a while since I have watch a jdrama romance comedy that I look forward weekly. No dull moments with this drama, definitelly recommending this one.