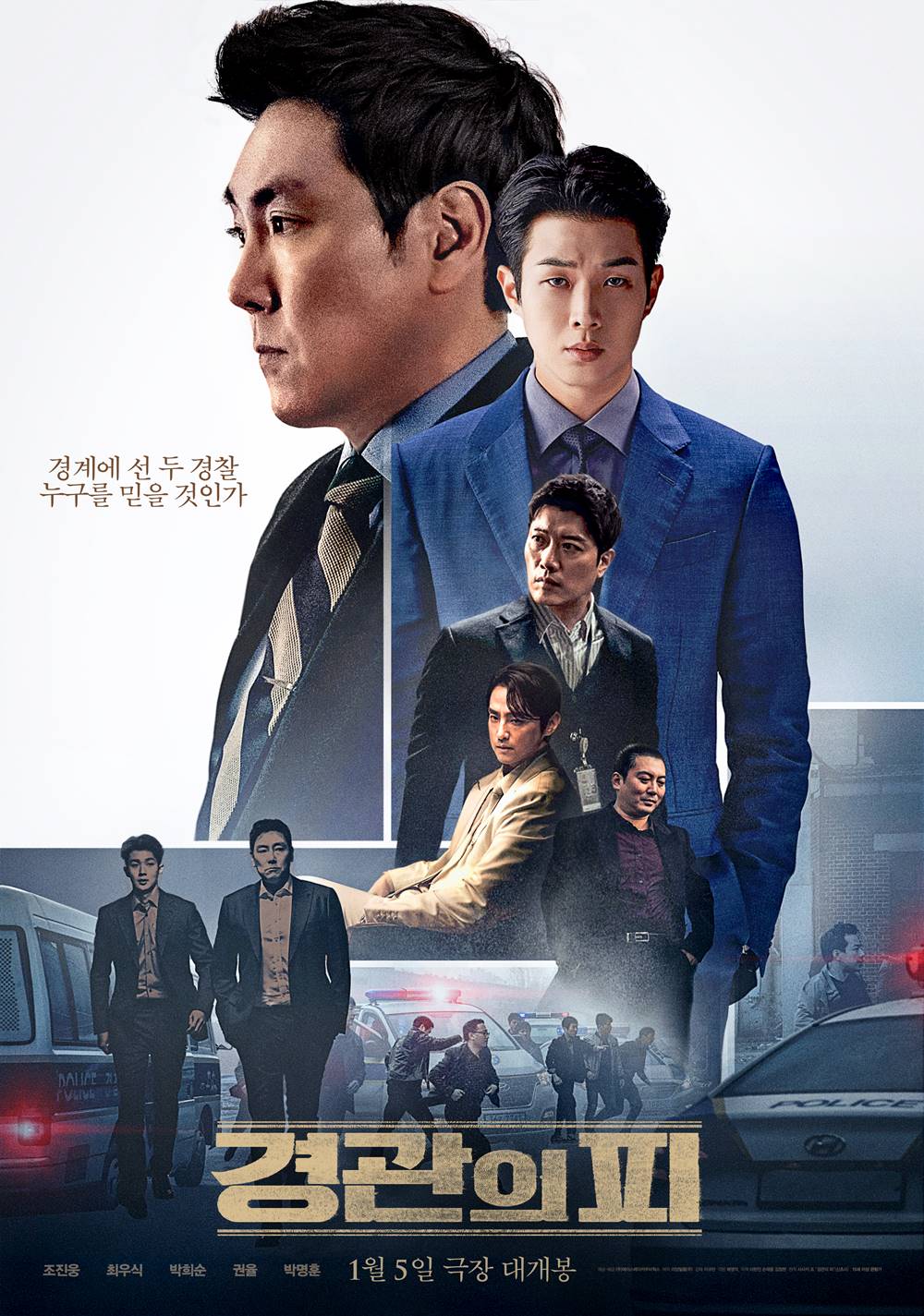 Park Gang-Yoon (Cho Jin-Woong) is the chief of an investigation team that deals with serious crimes. His team has an unrivaled arrest record. Park Gang-Yoon prioritizes making arrests. For that, he doesn't mind using illegal methods to get information.

Choi Min-Jae (Choi Woo-Sik) is a rookie police officer. He is a man of principle. To obtain a secret document about his deceased father, he accepts a mission to monitor Park Gang-Yoon and gather information on his corrupt dealings. He then joins Park Gang-Yoon’s team.

kiri Oct 12 2022 11:54 am it is so good but i think it would come off better as a drama series bcs it has a good plot but cramped into a 2 hours movie kinda rushed a bit

Opare Benson Benjamin Feb 10 2022 3:47 am It was very tremendous Movie ever. I really love the Detective Mun Son In Yong . I wish to watch it again and again. ??? But please I think the language, we the Africans we don’t understand the Korean language. The language should be English version for the Africans . Thank you.

Opare Benson Benjamin Feb 10 2022 3:33 am It was very tremendous Movie ever. I really love the Detective Mun Son In Yong . I wish to watch it again and again. ???

Teume Jan 26 2022 8:53 am tonight I just watched this movie at the cinema, honestly it's very cool, not boring at all, and the violent scenes are also not too sadistic so it's perfect for me. Police Chief Park, you really are really cool.

LY Jan 06 2022 10:26 am I'm interested in watching this cuz of Choi Wooshik and Park Heesoon ^^ and cuz I heard I'll get to see Wooshik's action scenes again since ''The Witch''