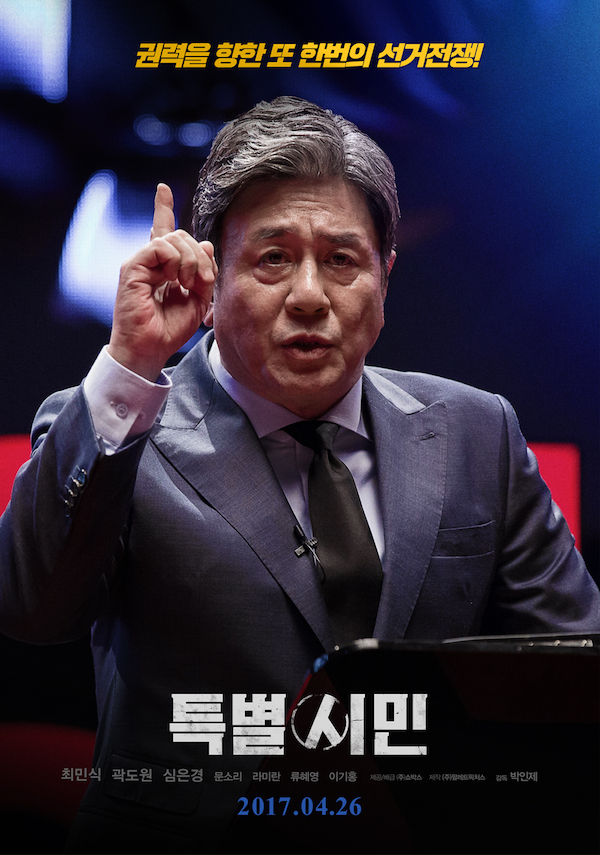 Byun Jong-Goo (Choi Min-Sik) is the mayor of Seoul. He is set to run for a third term, but he aspires to become the South Korean President one day. Sim Hyuk-Soo (Kwak Do-Won) is a lawmaker and the campaign manager for Byun Jung-Goo. He will do anything to win the election. Meanwhile, Park Kyung (Shim Eun-Kyung) is a young woman who works in the advertising field. She becomes interested in the upcoming mayoral election and is selected by Byun Jong-Goo to work on his campaign team.

Byun Jong-Goo leads in the mayoral election due to his strong image management and political sense. A crisis ensues.

dianne Apr 23 2017 11:13 pm the cast is filled with brilliant actors and actresses, the plot seems great too!! cant wait t see it

anemicrainbow Mar 30 2017 3:02 am Anything with Choi Min-sik is worth watching