The Lies She Loved 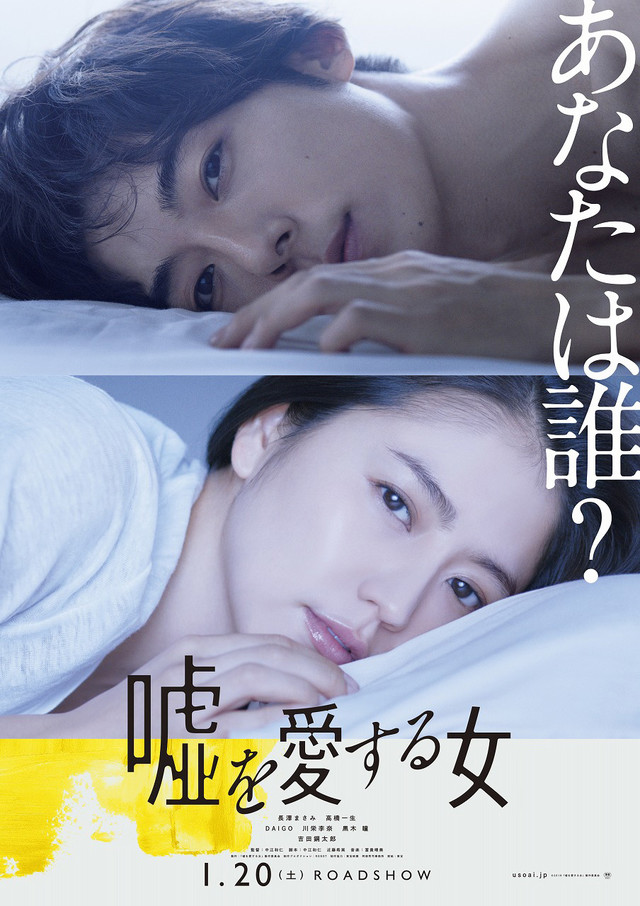 Yukari Kawahara (Masami Nagasawa) works at a drink manufacturer. She works hard and achieves recognition for her work. Yukari Kawahara is dating research doctor Kippei Koide (Issey Takahashi). They have lived together for 5 years. One day, Kippei Koide collapses from a brain hemorrhage. Yukari Kawahara soon learns that everything she knew about her boyfriend was a lie. She hires private detective Takumi Kaibara (Kotaro Yoshida) to investigate Kippei Koide.

Pat May 21 2019 2:24 pm I really enjoyed this movie and it made my heart ache. Issey's character was so sad, his story was even sadder. [Spoiler] Even if the can-waitress lady really met him through a dating site, he had been cheated and probably noticed. He definitely loved Yukari and felt he did not deserve her or any happiness. I loved the plot and the main couple interactions.

seulgi Mar 31 2019 10:00 am so I watched half of this on an airplane but didn’t get to finish it and now I can’t find it anywhere :(( I’m sooo curious to find out what’s going on but so far it’s amazing. A little slow but amazing. Hope I can find it somewhere soon!

april Mar 01 2019 10:39 pm Was interesting in the beginning and end, in my opinion. Moved kinda slow but I enjoyed it nonetheless. A few characters I just was really confused about... like why they were in the story or why they were relevant. Also, a sequel would be nice or something that gives us a bit more answers.

Moral of the story: Don't take your loved ones for granted and embrace your partner's past. Also spend more time with them ❤️

Amond Sep 30 2018 10:54 am Watched this while on an airplane and really loved it. Found the lines in the novel really beautiful too. I wanted to rewatch it online but I can't find it anywhere :(

Sun Aug 29 2018 4:03 pm A beautiful and touching story. Masami Nagasawa was so good at portraying the character. Issey Takahashi too. It's the best romance movie I've seen this year!

Anw, Issey does not look like Kim Jae Wook at all >.<