The Last Scandal of My Life 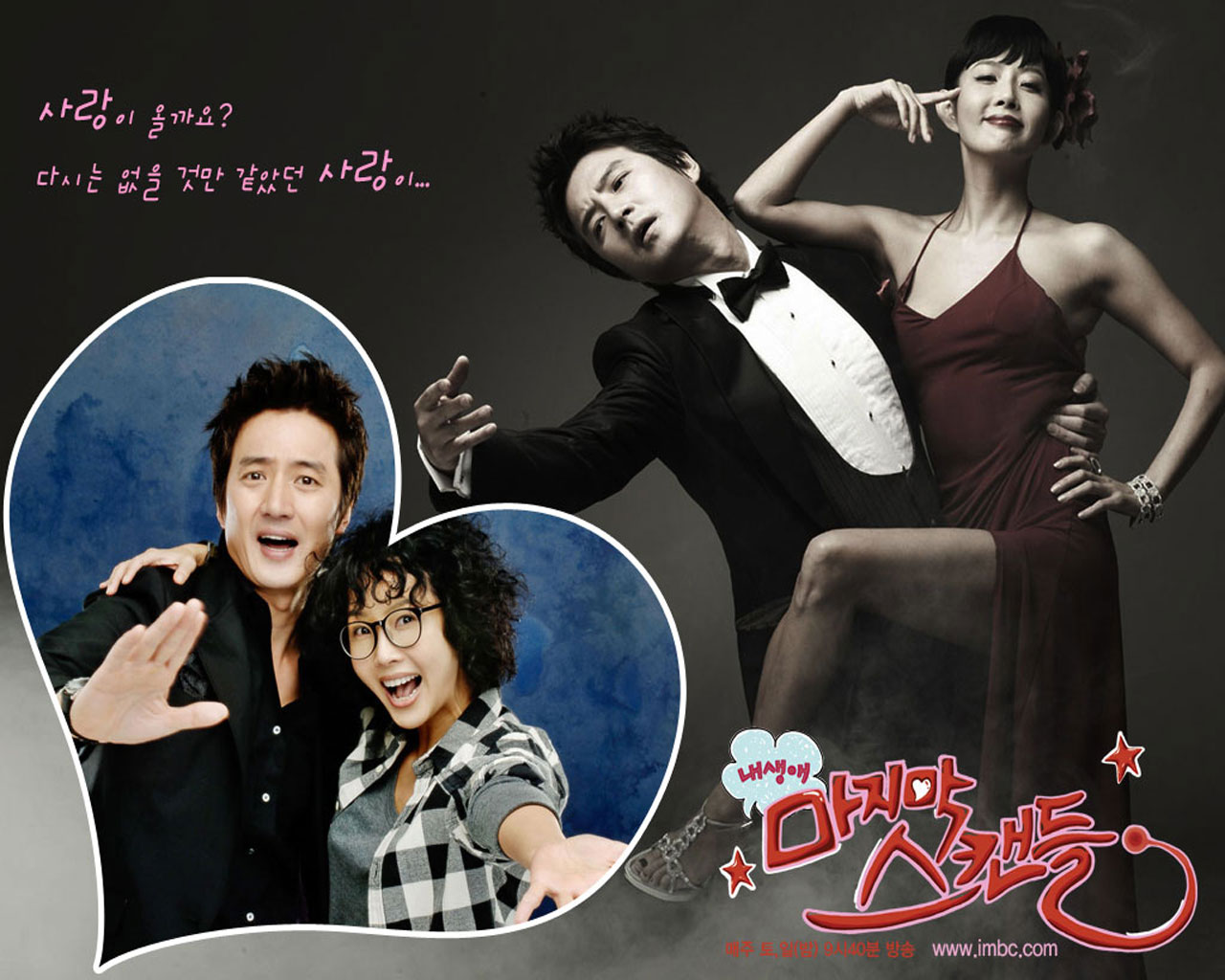 Top star Song Jae-Bin (Jung Joon-Ho) lied about his real name and age when he started out in the entertainment world. His real name is Jang Dong-Cheol. One day, Jae-Bin goes to shoot a commercial and there he meets Hong Sun-Hee (Choi Jin-Shil). Sun-Hee was actually Jae-Bin's first love during their high school days. Jae-Bin doesn't recognize Sun-Hee at first, because she has changed so much.

Meanwhile, Sun-Hee is a housewife. She is in a difficult financial situation due to her husband's failed business. When she meets Jae-Bin at the commercial shoot she hopes he might be able to help her out financially. The unexpected end result is that Sun-Hee starts working at Jae-Bin's home as a housemaid. Sun-Hee moves into his home with her daughter Ji-Min (Han Bo-Bae). Later, Sun-Hee's husband demands a divorce.

After 20 years, Jae-Bin and Sun-Hee are back together but now as an employer and employee. They sometimes have arguments and other times console each other. The couple also falls in love again ....

heavenlight Jun 29 2013 2:01 pm it is real interesting and funny,it makes me laugh to death whenever i watch it thanks to you all who made it because it brings us a laugther,big up toyou all.

irene nanyonga Jun 18 2013 1:55 am Icant wait for thursday and friday night to watch this it is sooo good and funny

hadiza Apr 05 2013 8:47 am i look forward to saturday night to watch this interesting story. i wish the soap just began.