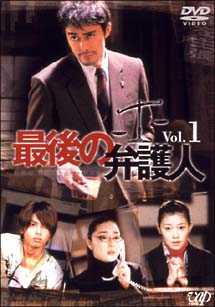 Moved by television shows of lawyers she saw as a child, Ryoko Ishida dreamt of nothing more thanbecoming one herself. Though she studied hard she was never able to realize her dream. Resigned to her fate, Ryoko later went on to work for a bank where she was put in charge of going after defaulted loans, the most detested job of them all at the bank. Told not to come back to the bank until she’d collected from at least one of the many deadbeat borrowers she was assigned to pursue, Ryoko reaches Kazuaki Yudo, a heavily indebted lawyer and the last person on her list. Operating out of a dilapidated home office, lawyer Kazuaki’s work - when he gets any - mostly involves him serving as a court - appointed attorney to defendants unable to afford legal counsel. In other words, Kazuaki makes no money. But that is not why he’s a lawyer. He and his newfound partner Ryoko share an intimate desire to protect the weak and defend the innocent. -- NTV