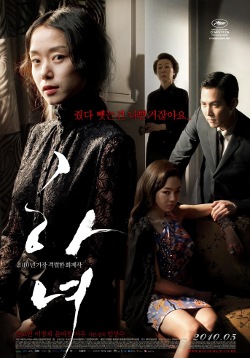 A wealthy husband has an affair with his housemaid (Jeon Do-Yeon). Because of this, everyone in the family will suffer .... 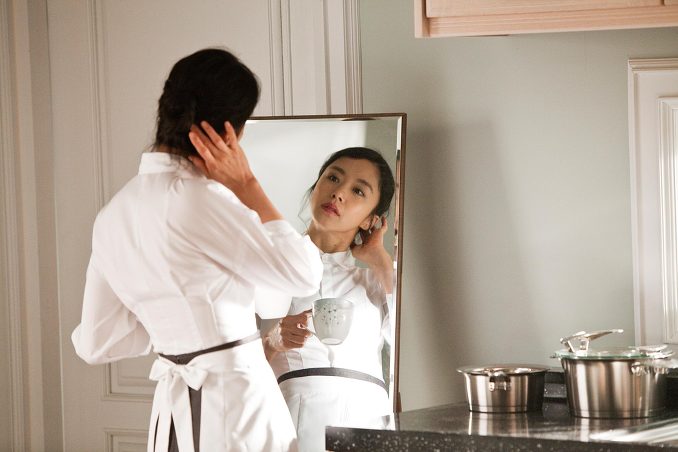 tom4395 Sep 18 2012 10:52 am I liked all the actresses and the actor. The film had it's moments. The ending in the house was a bit disappointing. The final ending was too contrived. But I did enjoy the film overall and as I said mostly for the acting.

Gasenadi Mar 27 2012 3:08 pm Streamed this movie on Netflix. Actually, the ending was foreshadowed in the opening scenes. It was unexpected at first, but when recalling the beginning of the movie, it "made sense".

Ki Jun 17 2010 2:38 am Got a chance to catch this at a cinema in Seoul with English subtitles. The remake of "The Housemaid" differs significantly from the original - which isn't necessarily a bad thing for a remake. With that said Im Sang-Soo's "The Housemaid" is a pretty slick thriller, don't expect high art or anything. Acting all around is top-notch. Jeon Do-Yeon plays the main character of "the housemaid" in a mostly low key naive character very well - personally didn't watch something like "Secret Sunshine" again. The rest were all solid with veteran actress Yun Yeo-Jong's head housemaid role being the most dynamic and consequently interesting. Outside of a seriously bizarre finale the movie kept me chomping on my fingernails throughout the movie. The movie also looks great in a polished modern way - no bourgeoisie setting like the original, the family in this one is loaded.

Some interesting things I noted ...

2.) Lots of symbolic / foreshadowing thrown around like Jeon Do-Yeon changing into black uniform when shit was going to hit the roof or the ominous fire burning in the furnace in the background.