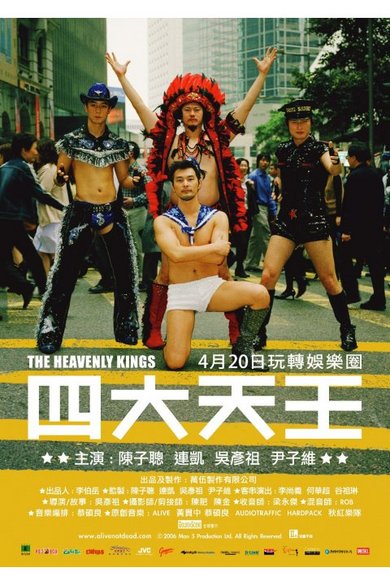 Three friends, each with a different background in the Hong Kong entertainment industry, decide almost on a whim to form a boy band. Realizing that none of them can really sing, they enlist the help of another friend who at least has released an album in Taiwan. Walking away from a sour record deal, the band, now called Alive, surreptitiously releases a song on the Internet, then complain to the press that the catchy tune has been pirated and uploaded illegally, generating a wave of publicity that turns the song into a major hit. The trappings of success—music videos, commercial sponsorship, tours—quickly follow, but in the best rock ’n’ roll tradition, the road to success is paved with self-destruction.

Bay Area native Daniel Wu moved to Hong Kong in the ’90s and became a movie star, and it’s tempting to read this directorial debut as a commentary on the fickle and manipulative nature of show business. It is, of course, but the film’s play between reality, dreams and hype, and its insights into the relationship between "talent" and marketing, are courageously lighthearted rather than cynical. With his fly-on-the-wall documentary style, Wu suggests that what seems to be reality is not always the truth. Clever in its deconstruction of the pop scene, The Heavenly Kings is an ideal film for our reality TV era. -- SIFF