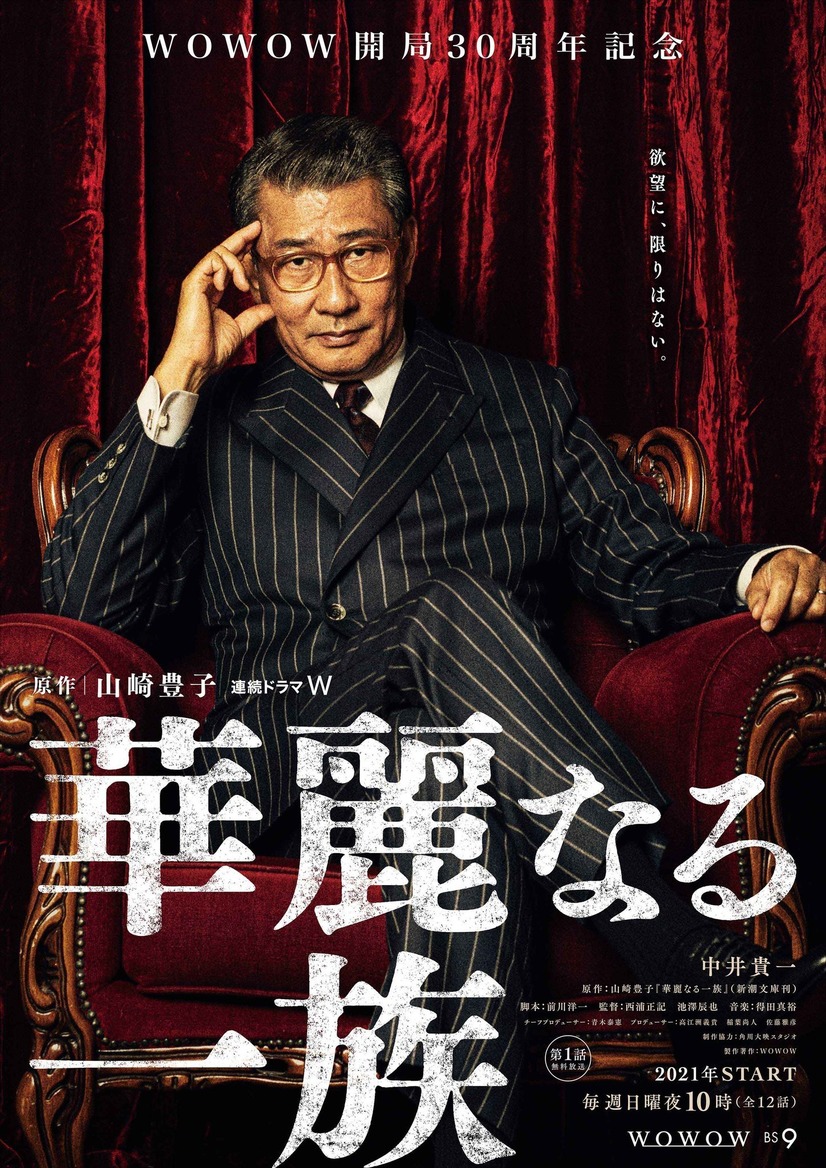 Daisuke Manpyo (Kiichi Nakai) is an owner and also president of Hanshin Bank, which ranks 10th in the nation in terms of bank deposits. Besides Hanshin Bank, Daisuke Manpyo owns several others companies and real estate. He hears from his first son-in-law about a move to reorganize the commercial banks. His son-in-law works as b bureaucrat for the Ministry of the Treasury. Daisuke Manpyo attempts to block his bank from being merged with another bank. He faces difficult times.

Grandmalee Aug 11 2021 11:46 am This dramatization of Toyoko Yamasaki's novel stands on its own as another excellent attempt at TV adaptation that is inevitably, but can be proudly, compared to its 2007 predecessor starring Tokuya Kimura. Kiichi Nakai does not have the natural looks of Kinya Kitaoji to convey the deeply ambitious and contorted intent of the living patriarch but can more than make up for them with his fine acting. Osamu Mukai brings an aptly fresh and eager naivete to the character he plays. Yumi Asou is superb as the wounded and intimidated wife. Seiji Rokkaku plays a bad guy so realistically that I wish I could punch him in his face. The rest of the cast also renders competent performances. A remake is often closely scrutinized, and this one, in my view, emerges triumphant.

YOU Oct 31 2020 1:49 am The focus is on Manpyo Daisuke because that's how it is in the novel. The only reason the 2007 drama focused on Manpyo Teppei is because the character was played by KimuTaku.

KD Mar 27 2020 8:50 am Looks like another adaption of Karei Naru Ichizoku, a novel by Yamasaki Toyoko of which there was a drama adaption back in 2007 starring Kimura Takuya. I'm not sure how faithful that adaption was to the book as I haven't read the novel, but it was one of the best Jdramas I've watched over the years. Cast and music was suberb too (I still listen to the main theme from time to time - so epic).

From the synopsis given here, it seems to suggest that the focus is on Manpyo Daisuke? I guess, we'll have to wait and see. I quite like Nakai Kiichi, so I can't wait to check it out. :) Hope we get a really good cast like in the 2007 version.