The Door into Summer (Japanese Movie) 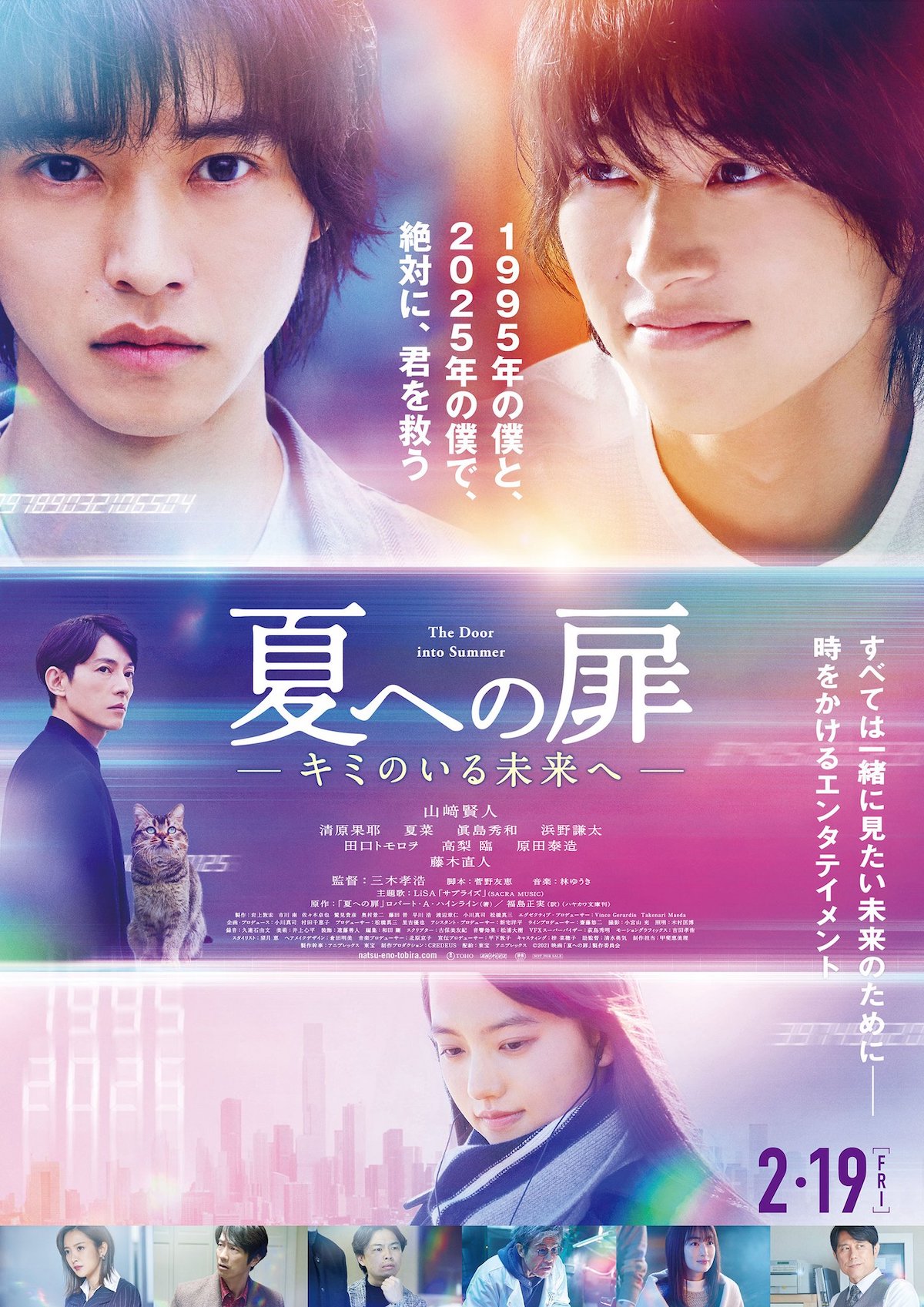 In 1995, Soichiro Takakura (Kento Yamazaki) is a scientist and works on developing a robot. He is also on the verge of completing a plasma storage battery, following on the wishes of the deceased Matsushita. The man Matsushita was a friend of Soichiro Takakura's late father.

Outside of work, Soichiro Takakura has peaceful days with his cat Pito and his fiancé Riko, who is the daughter of Matsushita. He is soon betrayed by his business partner and also by his fiance Riko. Soichiro Takakura loses control of his company and the work he has done on the robot and plasma storage battery.

Soichiro Takakura then opts to place himself into a "cold sleep" freezing machine, hoping to find a better future. When he wakes up, he discovers that he is in the year 2025.

The Great And Powerful Turtle Dec 22 2020 6:44 am Looking at the trailer they seem to have changed some of the story(cant really tell how much without subs) but i wont pass judgement on it yet ...it hard anyway because you have to change the story to make it fit into a Japanese narrative plus it would need updating in a lot of areas(the book was written in 1957)

Malcolm Jul 06 2020 4:53 am Well there`s a thing...The Door into Summer is one hell of a twisty book,robots cryogenics and time travel..plus betrayal and kidnapping The drama will be a blast if it follows the book(the synopsis here is definitely that of the book) it certainly something i`m going to be looking out for...

Flexible Frank Jun 29 2020 6:51 am Loved the book. Hopefully they can do a good adaptation. Wonder who'll play the kid.