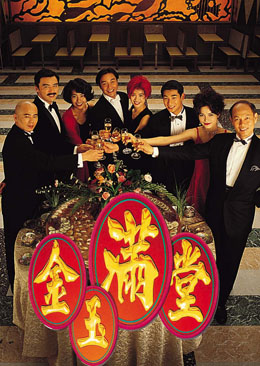 Jie suddenly withdrew from the contest for China's No.1 Chef and disappeared. He could have easily won. Hence, when his competitor Bao took the title, he was not content. Zhao Gangsheng was a triad member. He wanted to immigrate to Canada with his girlfriend, so he left the triad. In order to meet the immigration qualifications, he participated in a cooking contest but unfortunately, he lose. When Bao knew of it, he introduced Sheng to Man Han Lou Restaurant to learn from the famous chef Ou Xiufeng. It turned out that Bao and Feng were enemies, thus Sheng had a very difficult time. Though life was hard at the restaurant, Sheng made up his mind to become an outstanding chef. This impressed Feng's daughter Ou Jiawei.......