That Sun in the Sky 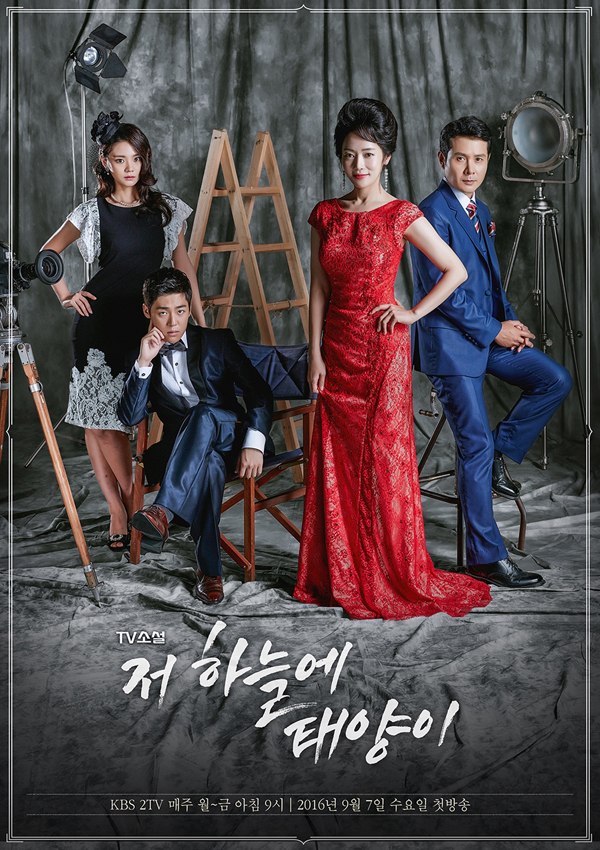 In-Kyung (Yoon Ah-Jung) gives up studying to support her stepmother and younger stepbrother Han-Soo (Oh Seung-Yun). The stepmother sells In-Kyung to become a concubine to support her son Han-Soo. In-Kyung boards a train for Seoul after learning her fate.

In Seoul, In-Kyung goes through numerous hardships to achieve her dreams and to attain love.

oyasumi punpun Apr 04 2021 11:08 am I really love how Yoon Ah Jung smiles genuinely in this drama! I love her modest personality that makes her attractive!! Any leading man for Yoon Ah Jung is perfect for her <3 she deserves recognition to be main lead! please partner her with popular actors <3

lrt Nov 15 2019 4:25 am I really liked this piece because of the cast...couldn't be better. This story follows the usual formula for lengthy dramas. It started off cheesy and looked low budget but took place in unusual settings. Yoon ah Jung has a unique way of phrasing and Lee Min-Woo i could listen to all day long everyday that soon made you forget.

Amelia A Feb 04 2019 6:44 am Yoon ah - Jung is a great actress I wish you will have another lead drama with high quality drama TV show. And becoming best actress award someday

Amelia A Feb 04 2019 6:30 am Yoon ah -Jung is a great actress I wish you have another lead dramaTV show with high quality

I must agree with Zombie's comment as stated below

zombie Mar 26 2018 2:41 pm im tv novel fanatic watched about 15 so far in 3 years that ive started watching kdramas but this is the 1st time that i pulled the plug on any of those regretfully to say it but didnt have no other choice i endure so much waiting for the storyline to develop but it never came it was too poor and so dull that by epi 50 i said no more what a waste of time this was i didnt like the casting and acting neither if i did i couldve linger longer but this was not the case im very frustrated cuz i really like tv novel before this one i finish samsaengi which was an incredibly good one perhaps the best ive watched so far so entertaining it felt really good thats what im so terribly disappointed with that sun in the sky

Janjan Jan 19 2017 11:32 am I'd like to smash that pip squeak Min woo's face on the sidewalk to wipe off that smirk on his face. Latest is the lead girl is now being intimidated by him. Come on guys, he needs to be punished at some point for his evil deeds. It's a good show but seems like the other characters are enabling Min woo to do his evil deeds. Oh and that guy who does all his dirty work, I'd like to see somebody beat the heck out of him at some point.

So there, at least some of my frustrations are eased off.