Sea of the Woman 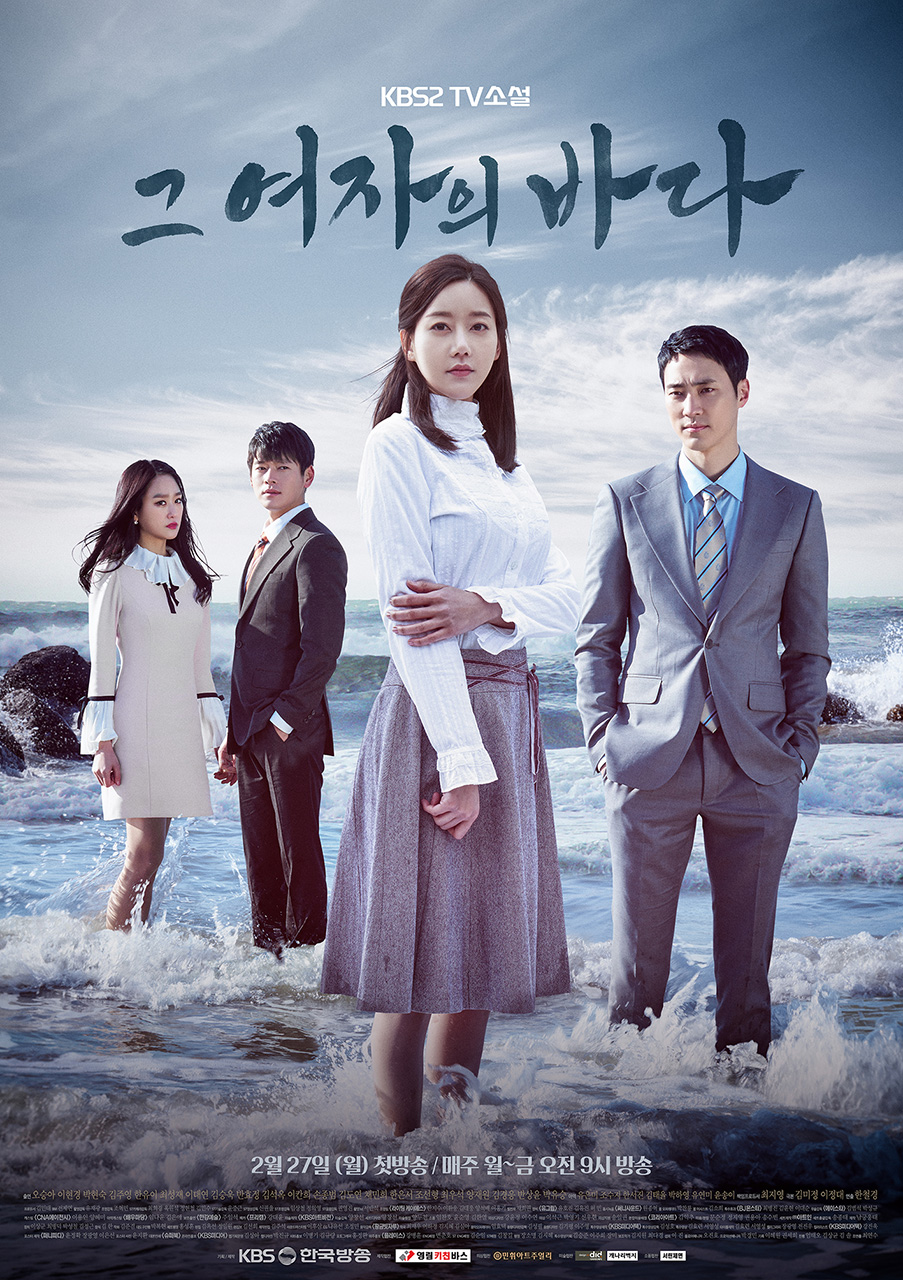 Set in the 1960's and 1970's. Soo-In (Oh Seung-A) is a smart student who has never missed ranking at the top of her class. Due to her poor family situation, she begins to work at a factory instead of going to college. Nevertheless, she pursues her dream.

lrt Dec 18 2019 12:45 am Min-Jae is not Tae Soo...you need to watch until almost the end. Frustrating how Soo-In just keeps hiding the truth and why Tae Soo never rats on his old boss to his new one!!

anastasia Aug 31 2018 12:10 am sorry to say, but to be honest this drama is the worst i've ever seen. dont waste your time watching this. not recommended

zombie Aug 25 2017 2:42 pm the role of seyon in this drama doesnt fit her at all its too dramatic for her I think she doesnt have those qualities yet but her role she played in well raised daughter as doun was excellent superb cuz it was a cheerful playful role she was always laughing thats why i liked her very much in contrast Im very dissappointed with her in this drama cuz I havent seen her smile yet I just finished epi 18 so I have a long way to go I hope her role becomes more cheerful optimistic

shortfus Jul 24 2017 10:18 am OMG! The leading lady and man (Soo-In and Sun-Woo) have to be the worst actors, ever. They have no expression on their faces, except for looking like they just chewed alive insect. The story line is interesting so far. However, Soo-In's reaction to everything is just frustrating. Everything is her fault, she has to be the one leaving her home, her family, her job, blab blab blab. I'm sure they are trying to make her look very good and kind but instead it makes her look dumb and stupid and very frustrating. How does she every rank #1 in her class?! I'm not sure if the story-line has to take place in 60's, 70's.

I'm not there yet but, Tae Soo is Min Jae, Soo-In's little brother who "supposedly" drowned? How could that be? Tae Soo is older than Soo-In; Soo-In calls her "Oppa". That doesn't even make sense. Unless there is new character in the future episodes with the name Tae Soo, that cannot be.

It would be great if they find out soon and Sun Woo realizes that Young Soo is his mom and not Soo In's mom.

This drama is getting better and better. Although I'm starting to really dislike Sun Woo's grandma. Just let SooIn and SunWoo be together already!

AnYue Jun 07 2017 4:37 pm Episode 73 and things are really interesting! So many things happened in the last few chapters. It's really sad abput Soo'in's mom but I'm so happy that Sun-Woo finally told Soo-In how he feels about her. I'm sure it will take many chapters more for them to be together but I'm looking forward to it. Although I would have liked that Tae-Soo and Soo-In to be together. He loves her so much since they were young and he defended her and stoop up for her. Anyway, both Sun-Woo and Tae-Soo are great men. And also, what about Sun-Woo's mom? How will everything be clarified in the end? Have to wait and see.

Totally recommend this drama. The story and characters are quite interesting.

PS Choi Woo-Suk is very hadsome and his voice is really nice. Love him in this drama