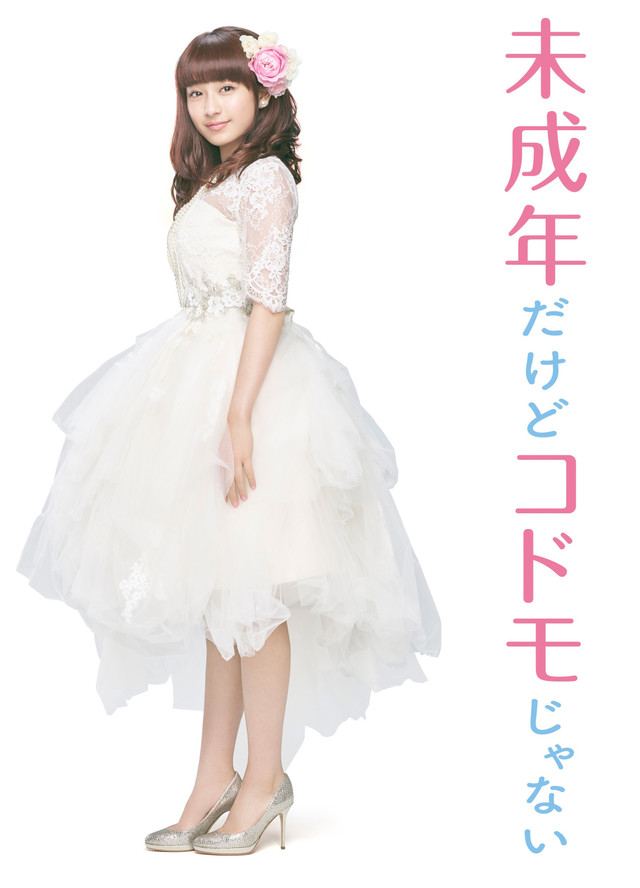 On Karin Oriyama’s (Yuna Taira) 16th birthday, she receives a present from her parents. Her present is marriage. The person she marries is her first love Nao Tsurugi (Kento Nakajima). He is a popular senior in high school. For Nao, he only marries Karin for economic reasons and in particular the wealth of her parents. Karin loves him truly, but Nao doesn't love her at all.

Their marriage is a secret, but Isuzu Ebina (Yuri Chinen), who holds feelings for Karin, learns of their marriage.

Wow what can I say ... an all to familiar plot that resonates with a western audience but exceptionally well acted. The pain you feel for the leads even before you know their stories goes unmatched in any other romcom style movie.

I think Kento stands out here however everyone else were really on point with acting.

Maya Mar 28 2019 1:01 pm Japanese movie and its quirkiness never fails to make me laugh. In the first part of the movie I was like 'Oh my God this movie is so weird yet it's so comically funny' I fell in love instantly with Karin's character, typically shoujo manga heroine. And Yuna Taira perfectly fits the role, also she's soooo freakin pretty. Nakajima Kento too! I love their tandem, they're so refreshing, cute, funny, sweet amd romantic at the same time. Everything is just in the right proportion. I can safely say that this movie is one of the most successful adaptation movies from the manga. If you're a sucker of highschool romantic comedy, you're looking at the right one! Definitely worth to rewatch multiple times! Highly recommended!

yong Nov 04 2018 12:03 pm The best japan movie I've ever watched so far! I'm not really a fan of japan movie but this one really got me hooked. Nao and karin were so adorable. It's rare to love the main female but I love her. And nao was so sweet yet cool, not a typical main male in japan movies or dramas and he did it well. Even I love the third male even tho he didn't appear much cause he potrayed his character well. Love the girl's parents and even kaburaki, they're all so sweet and funny. Not too much of comical aspects and the main aspects stand out quite well. I recommend it if you're looking for cute and adorable couple, sweet yet fun romance!

i wish i had a nao in my life but bicc i dont have one Oct 27 2018 12:07 pm This movie is honestly the most adorable japanese shojo live-action I've ever seen. Firstly, when I read the summary, I thought the male character would be those typical ones who are tsundere and are from 'high-class' families. I was shook that my thoughts weren't correct but the opposite that what I love the most. Secondly, I love the plot! I not only loved Tsurugi Nao but Karin was also adorable! My first impressions on her was negative but soon I realised that she was cute and no other kind of character would look this adorable with Nao :')

All I have to say about this movie is that it's a 100% must-watch! You might find the summary annoying but once you watch the movie, you'll have 0 regrets! Totally a re-watch worthy movie! I loved everything about it! ^^ Nao was awesome <3

Crystal Oct 22 2018 12:11 am Excellent movie! The cast resembles the actual manga a lot. Great acting. Fantastic chemistry and romance. You will not regret watching this movie. I cannot stop smiling throughout the whole movie because they were so cute. 10/10!

Such a cute movie. Tee hee Makes you happy after watching.

P.S. Kento will Make you fall. He smiles alot in this movie.

LangitBiru Aug 21 2018 9:49 am I don't expect much for the first few minutes of this movie. But everthing in this move was adoreable. Karin-chan so cute as well as Nao Senpai. They hv very good chemistry. Sound effect and Their acting blended together nicely. Watch it!! u will smile till the end.

kokojupiter Aug 18 2018 8:08 am OMG, the first movie that I watched till the end (even though i know it will be a happy ending). Not a typical romance movie, where the male lead is totally tsundere or bad, and the female lead is really good at potraying her character (not an annoying one). The story line shows how their feelings develop over time. Its a lot of cringe scenes (It makes me scream a lot). But at the end, I just clap and laugh. Such a cute and enjoyable movie to watch. I LOVE IT... Totally worth it to watch. <3

keita Nov 13 2017 2:58 am The plot overload cuteness..plus the actors & actress are fit with the role. Hope japan could do good job for this one.

iwan Sep 11 2017 6:37 am yuna taira is so pretty. again, japanese teenage actress are so pretty, it really fullfil the ideal appearance woman in men's mindset >_<

Burenai Jun 16 2017 4:07 am Love all of the three main casts!! <3 They are not only beautiful and talented actors, but resemble their manga characters as well!!! Hope the movie doesn't suck...