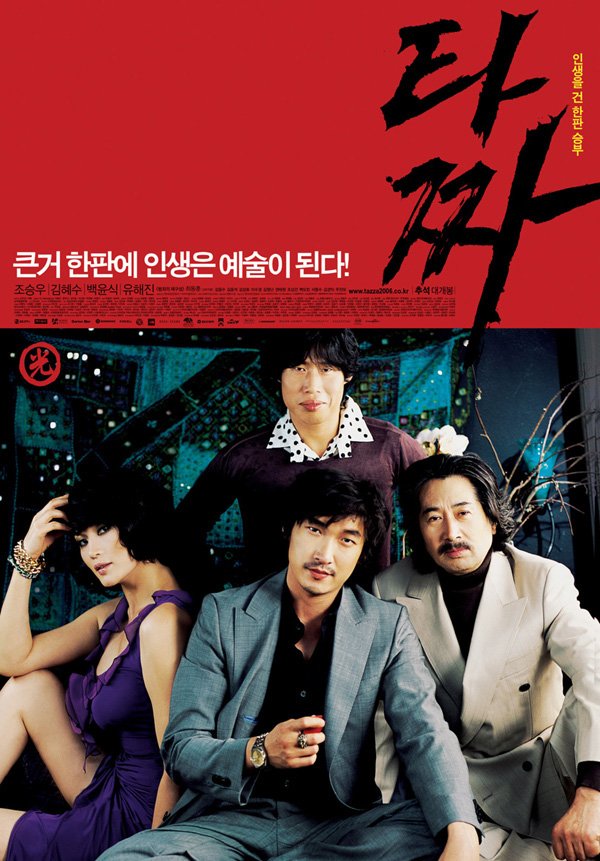 Goni is a man with a problem. More than a problem, really. Goni has an addiction, hard and fast, to gambling in general, and specifically hwatu, an old-as-the-hills Korean card game played with a deck of tiny, flower-blazoned cards. This wouldn’t be such a problem if Goni weren’t so embarrassingly bad at it. Cleaned out of his life savings, Goni steals more from his family and loses that too. What’s a poor kid to do? Well, when this poor kid realizes that he’s just been swindled by an organized ring of cheaters, he sets off on a quest to track them down and beat them at their own game, having first apprenticed himself to a wise old hwatu master. Enter the world of Tazza, a world where the hand is faster than the eye, where deception is the name of the game and where neither friendship nor enmity last forever. 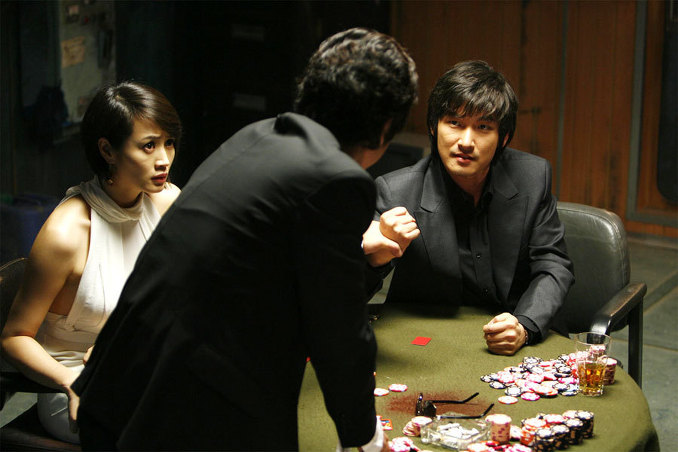