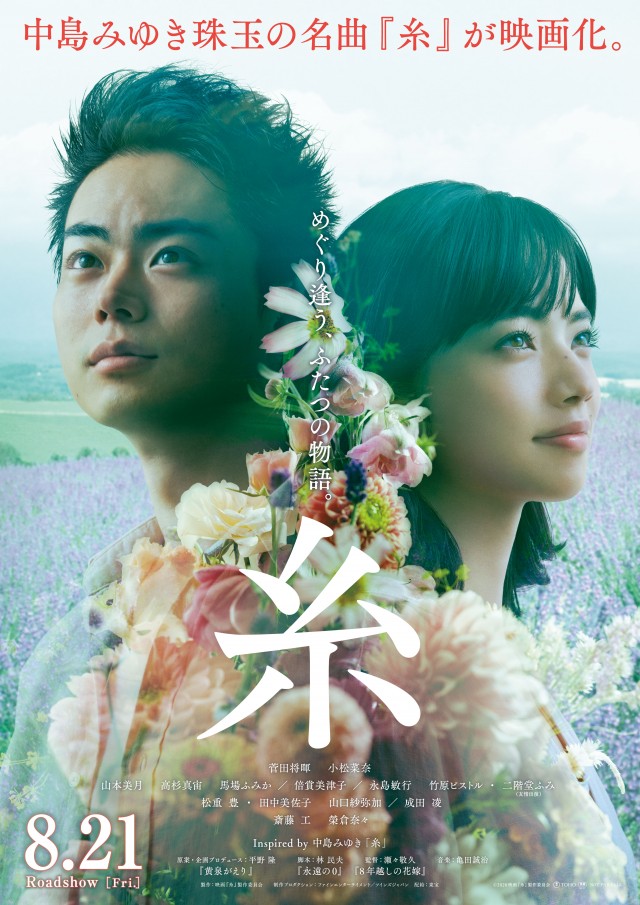 Ren Takahashi (Masaki Suda) and Aoi Sonoda (Nana Komatsu) were both born in 1989. They met for the first time at the age of 13 and became each other's first love, but they separated. At the age of 21, they met again. They were unable to undo their past. Now, they are 31-years-old.

noonahello Jun 07 2020 1:25 pm This is like the continuation of Drowning Love Omg Omg. Even though I've already read the manga and this is nowhere near its continuation, I can't help but look forward to it in this angle

kagurachi Mar 11 2020 6:10 am YASSS, Masaki Suda and Nana Komatsu playing the two leads once again! Their chemistry is amazing. Hopefully, this time around they’ll get a proper happy ending! Btw, is basing movies off popular songs from the past becoming more prominent? With Yuki no Hana last year and Ito this year

mdvkruready Sep 19 2019 11:39 am im so looking forward to this. i love masaki suda and nana komatsu so much esp drowning love

I love you masaki suda Jul 14 2019 11:35 am Unbelieveble they will in movie again ? after CF project and due the issue between them years ago ? but love it!

emi Jul 14 2019 1:28 am O M F G !!! Anyone else buzzing? YAAAAAZ I waited sooo long for this one, their third project. I couldn't get over them during Drowning Love, oooh i wish this film's gonna have a happy ending because who are we kidding, they deserve it!

Mika Jun 10 2019 2:23 am I'll never get tired of seeing these two on any projects together! The chemistry is just undeniable. So excited for this! I hope it'll be good!