Tamagawa Ward Office of the Dead 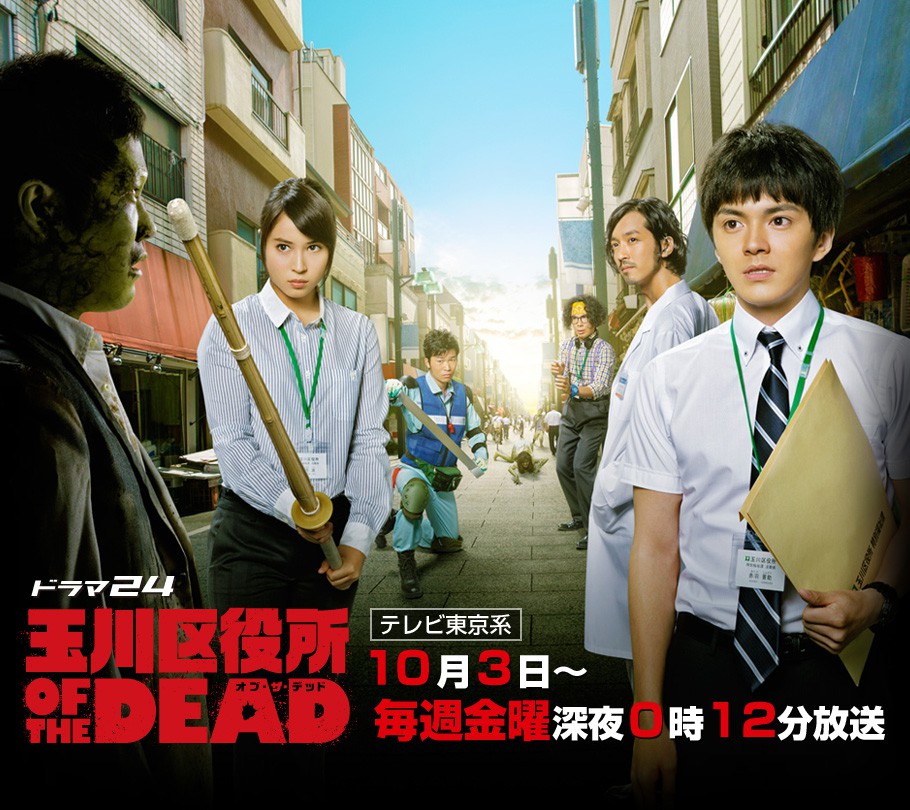 Set in a place where zombie's existence are commonplace.

Shinsuke Akaba (Kento Hayashi) works in the special welfare division at the Tamagawa City Office. His job is to deal with zombies and catch zombies. His life is boring, but, one day, a pretty woman is assigned to work in the same division.