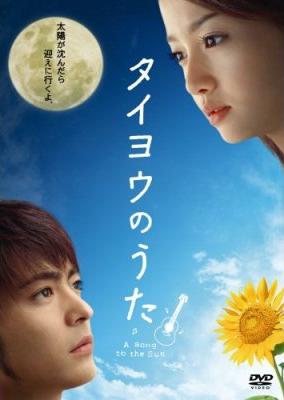 While working at a seaside inn with his high school buddies, Fujishiro Koji meets Kaoru Amane, a street musician. Kaoru is suffering from an incurable disease called XP (xeroderma pigmentosum), and can’t be exposed to the sun. Under the sun, the two would never have met. Still, destiny brings the two together. Since the day he suddenly lost his job, Koji has lost sight of his dreams. But when he meets Kaoru, who is making positive efforts to become a singer, Koji regains his long-forgotten passion for music. --TBS

Alana Edwards Aug 29 2017 11:11 pm This really broke my heart. I literally cried and got upset at the sad ending. It would've been nice if she at least got to perform her song on stage.

firebird 56 Nov 22 2011 6:44 pm Another brilliant piece of acting from Erika Sawajiri she has a lovely smile, I wondered why I didn't apprecciate her in Closed Note but I know the reason now she never smiled maybe because she didn't want the role as she stated but she appeared down and you could see an anger in her face.

i love both of them erika and takayuki..