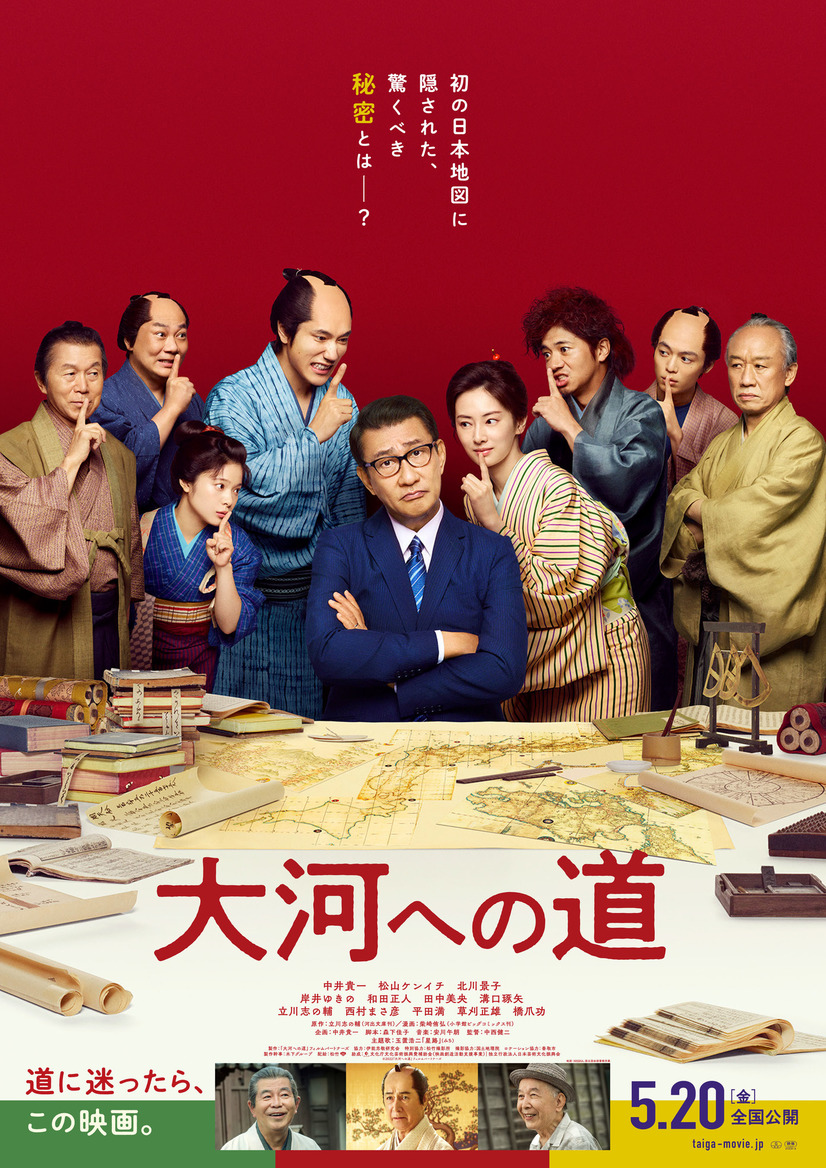 In the present day, the local government of Katori City is in the process of sponsoring a taiga drama about its famous historical figure Tadataka Ino, who is known for being the first person to make a map of Japan in 1821. During the process of of making the drama series, a surprising fact is discovered about the first map. That fact is that Tadataka Ino was not the person who made the first Japanese map.